Sometimes it's just best to go to an expert.

Whether it's a burst water pipe, an unresponsive computer, or the challenges of international peace and stability, some problems just require special expertise. For instance, that third example, as the U.S. bishops describe it, involves "war, terror and violence, which raise serious moral questions on the use of force and its human and moral costs in a dangerous world, particularly the absence of justice, security and peace in the Holy Land and throughout the Middle East."

The bishops list these concerns as one of six issue areas in Forming Consciences for Faithful Citizenship that Catholics should be concerned about as they prepare for political engagement. The problem with this particular area is that it's so messy and tangled with politics, history, culture and the ever-changing realities on the 6 o'clock news that, for many Catholics, the issue is first to understand the issues before they can care about them. Fortunately for the Church, it has experts who can help all Catholics engage. 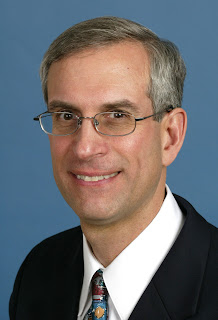 Stephen Colecchi, director of International Justice and Peace for the U.S. Conference of Catholic Bishops, has traveled extensively, written articles and parish resources and was recognized by Pope John Paul II for his work. Colecchi recognizes that the international concerns of the bishops are broad, but their practical focus is to take a very Catholic approach of helping "the least of these," and advocating for life-serving, poverty-focused international assistance.

"Pope Benedict said in his 2009 World Day of Peace Message that to fight poverty is to build peace," says Colecchi. "Effective international assistance not only saves and supports the lives of millions of vulnerable people around the world, it also expresses our values as a nation and is a requirement of being a global leader."

Colecchi notes that such international assistance benefits Americans too.

"It improves global security and stability and contributes to our own security," he says. "Contrary to popular misconceptions, poverty-focused international assistance accounts for less than 1 percent of the federal budget, and careless cuts will cost lives and not make a significant impact on the important goal of reducing deficits. In many poor countries, the Catholic Church and faith-based organizations partner with the U.S. government to deliver assistance. The Church is trusted by local people and has an extensive presence in many developing countries."

"War and violence take innocent lives and increase poverty," he explains. "In a sense, war is human development in reverse. It destroys lives and livelihoods and often drives people from their homes and into deeper poverty. For example, millions of persons are displaced by conflicts in Sudan, Iraq and Colombia. As Catholics, we are called to be peacemakers. We can and should urge our government to work for peace and to assist displaced persons and refugees."

In terms of the Middle East specifically, Colecchi says the Catholic Church, under the Vatican's leadership, has worked for decades toward peace in the Holy Land and that the bishops have urged strong U.S. leadership for a two-state solution with a secure and recognized Israel living in peace alongside a viable and independent Palestinian state. This, of course, comes with some requirements.

"Peaceful societies are built on respect for human rights and religious freedom," says Colecchi, "but in many countries religious minorities are discriminated against and even persecuted."

As Catholics try to incorporate all of these issues into their political engagement, Colecchi says there are a few key questions that can shed some light. "For example, does a candidate see poverty-focused international assistance as an investment in saving lives and making our world and nation safer? Does the candidate value working for peace and only using force as a last resort in keeping with just war teaching?  Will he or she promote religious freedom in U.S. foreign policy? Does the candidate value partnerships with faith-based organizations, and will he or she support conscience clauses and other provisions that allow such partnerships?" In short, "Will the candidate support policies and programs that protect human life and dignity?"

With these guidelines, all Catholics can be empowered to take action on international issues, at election time and all year round.
Posted by Don Clemmer at 9:19 AM

Wars are usually (always?) caused by greed; greed for power, property, resources ... it makes little difference which. Wars are not started by "the people" of some country or tribe, they are always started by a very few med (rarely women) who "lead" the people. Addressing the causes of war are then relatively simple; restrain those leaders who have it in their power to command financial and military resources. We should concentrate on this as we have NOT for thousands of years.

I'm so glad to have found thus blog with such useful information from the bishops in America!!!

I would love to get more informed on these issues. Personally, I don't know how we as Catholics or as Americans can hope to achieve peace in this world if we support the slaughter of the innocent in the womb! That should be the main focus of American Catholics right now.