The Latest Casualty of Our Immigrant Detention System: Mothers and Children 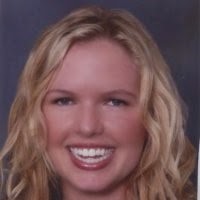 Today, the U.S. Catholic Bishops’ Committee on Migration introduces their report, “Unlocking Human Dignity: A Plan to Transform the U.S. Immigrant Detention System.” The report, drafted in cooperation with the Center for Migration Studies, outlines the bishops’ vision for reform of our broken immigrant detention system and highlights the problems of the increased growth of the immigrant detention system and reliance on for-profit private prisons.

While the U.S. immigrant detention system has been rapidly growing since 2001, nowhere is that growth more evident than with the increase in the detention of immigrant families, namely young mothers and their small children. Family detention was reintroduced by the government last summer in response to the influx of some 68,000 migrant family members who arrived along the southwest border in 2014. These families, coming primarily from El Salvador, Guatemala, and Honduras, are fleeing violence and persecution in their home countries. Instead of receiving refuge and protection in the United States, they are being detained and denied due process.

Since June 2014, the federal government has expanded its f family detention capacity across the country from roughly 100 beds to approximately 3,100 beds by the end of this summer, with possible plans for more facilities. Locations for these facilities include Karnes and Dilley, Texas, and Berks, Pennsylvania. The purpose of these detention centers is to expand the ability of the federal government to detain migrant families on their arrival as a deterrent to more families attempting to find refuge in the United States.

Migrant families apprehended while crossing the border by U.S. Customs and Border Protection (USCBP) are placed into the custody of Immigration and Customs Enforcement (ICE). ICE then places these immigrant families into family detention facilities. Family immigrant detention facilities are described by ICE as “residential facilities,” and detained families are considered “residents.” In reality, however, these detained families have limited freedoms and are forced to live in highly restrictive settings.

During their visit, the bishops prayed with the women and children, spoke to them about the conditions of the facility, and listened to the women’s stories about treacherous journeys north to find safety and refuge for themselves and their children. The women spoke about their depression and heartache at having escaped cartels and life-threatening domestic violence only to be detained in a prison-like facility. They also voiced their intense concerns about the mental health and well-being of their children, informing the bishops about the weight loss, anxiety, interrupted sleep and nightmares that the children experienced on a daily basis.

Yesterday, in honor of Mother’s Day, families throughout America honored and celebrated their mothers with flowers, brunch, family dinners, and cards. Yet for women detained in Texas and Pennsylvania, there was no special celebration or moments of family togetherness, instead the day was spent confined in a sterile detention facility.

With the influx of migrant women and children arriving at our borders being heavily politicized and made part of the national immigration debate, we can easily lose sight of the fact that we are speaking about human lives- namely children and infants. To this point, I am reminded of a young child I encountered on a tour of Artesia, an immigrant detention facility in New Mexico that was set up during the summer of 2014 that has since been closed. Artesia has a desert-like arid climate and landscape, and it was blistering hot the day I toured the facility. On the tour as we walked to the cafeteria, I saw a little girl, around two years old, wearing a bright pink and black sweater, sweating as the sun beat down upon her. When asked why the little girl was wearing the sweater, her mother responded that it was the girl’s favorite possession, and she was worried it would be taken away from her if she took it off. The image of the overheated baby girl wearing her favorite and likely only possession impressed upon me the amazing vulnerability and fragility of these children, and how entirely unsuited children are to live in detention centers, no matter how suitable the government tries to make the surroundings.

The incarceration of these families is a sign of a detention system run amuck. These are the most vulnerable of immigrants, yet our government continues to spend dollars to incarcerate them, using for-profit prisons as their jailers. This betrays our nation’s values as a protector of refugees and the most vulnerable, sacrificing them in the name of politics. Our detention system must be reformed and family detention must end.