On April 28, 2015, our friend and former colleague, Sister Mary Ann Walsh, died after a struggle with cancer.  "Five Things To Remember..." was her idea and she launched it as part of this blog on November 16, 2012 under a slightly different name. The concept was simple: share Catholic news items with reporters and the public to help form their day. It tied back to her original goal when she became a Catholic journalist.

1. Mary Ann Walsh was born and raised in Albany, New York.  She joined the Sisters of Mercy at the age of 17 and celebrated her jubilee year last October. The word "mercy" brought an easy smile to her face. She believed in her mission. In the days following Pope Francis' election, she picked up on his emphasis then on mercy. Her last piece for America Magazine, where she had been working since last September, was on the pope's call for the Jubilee Year of Mercy. She wrote March 25, "Pope Francis has made mercy a key theme of his pontificate and has spoken of an 'age of mercy.' People listen to him. There is a huge need for mercy in today’s society where hurt abounds in many areas. People seem open to mercy, which emphasizes forgiveness over judgment, as never before. We need this."


2. Sister Mary Ann loved writing. Midway through a meeting in her office, she would talk about a piece she was working on and then drift off for a second. In the next breath, her eyes would light up because she had an idea for another piece. An hour later, she would send a masterfully-written blog about the need to help immigrants, the poor or children. When Pope Francis talked about the Church as a field hospital, she was inspired. Sister's office was a place where we were inspired as well. 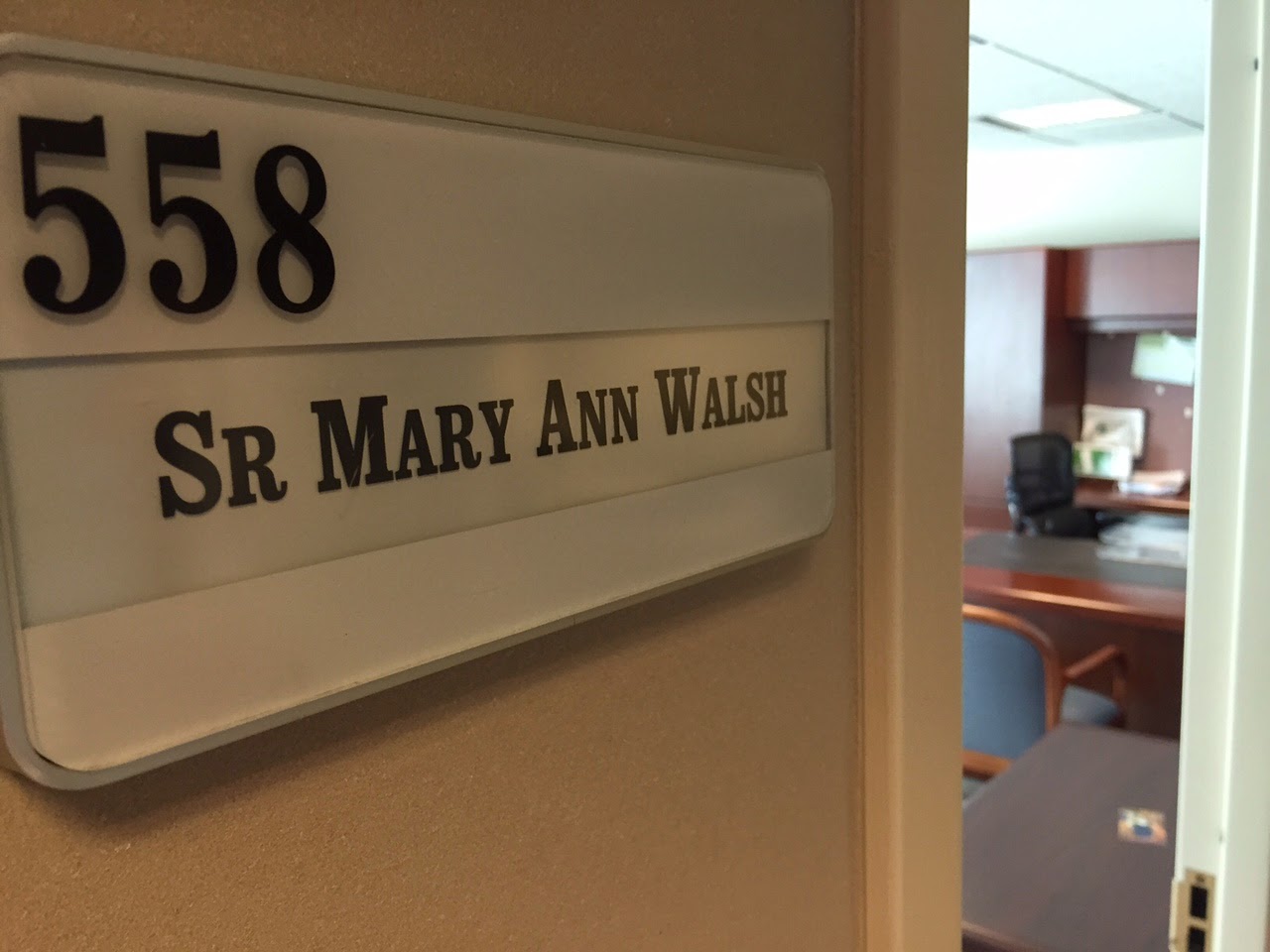 3. In the final months of her life, Sister Mary Ann was on the receiving end of the mercy, which didn't necessarily come naturally for her. She ultimately came to understand it, though. “Mercy sees your needs before you see them and it’s just been overwhelming. It’s been a great embracing by the Mercy family.”

4. Did you know that the Associated Press Stylebook's entry for "nuns" featured Sister Mary Ann? It was something that always brought a smile to her face. 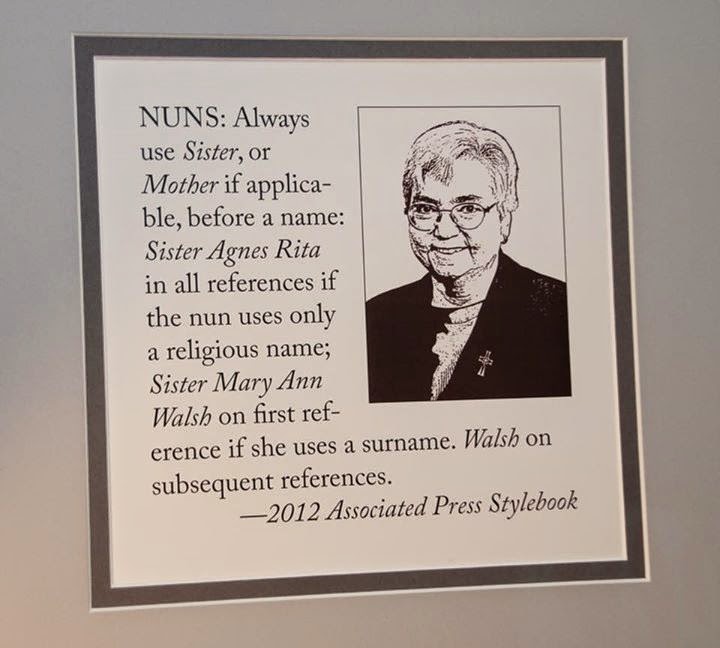 5. This spot has always been marked by "God loves you." Her idea was that God's love was constant. Ever the bridge, she wanted to leave people on a reassuring note. When I asked her once if perhaps it was time to change it up, she looked at me incredulously. "You've got something better than God's love?" Of course, I didn't. God does love us. She knows the depth of that love even more now.