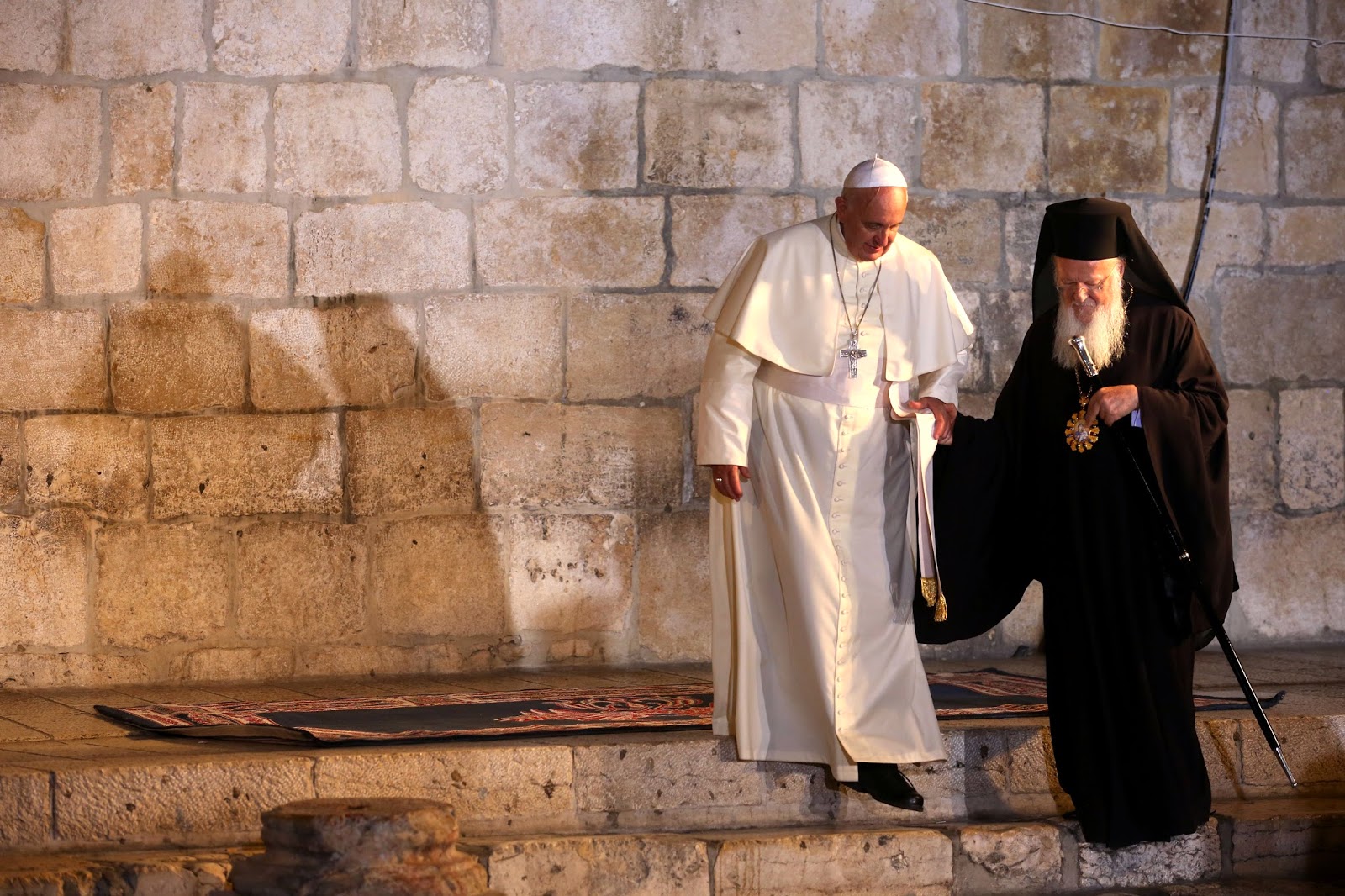 In a June 12 homily in the chapelat Casa Santa Marta, Pope Francis noted that overcoming conflict requires a measure of realism, coherence, and fraternity. Of the three, I was struck by his elucidation of the second, coherence, and how his insights shed light on efforts to cultivate ecumenical dialogue since the promulgation of theSecond Vatican Council’s decree on ecumenism, Unitatis Redintegratio, in November 1964.

In the homily the pope states that it is not coherent to limit our understanding of certain moral mandates in scripture solely to their literal meaning. Case in point: the commandment not to kill one’s brother is not just a ban on murder. The commandment entails also that we not insult or slander him as these too represent forms of “murder” since such behavior can destroy his character or reputation among peers. Moreover, and positively, the mandate requires that we should strive to speak well and to build up our brothers and sisters. Simply put, we must bring a greater depth of understanding and sensitivity to scriptural mandates.

Similarly and switching gears, one of the salient characteristics of the Decree on Ecumenism is its coherent explication of what dialogue with non-Catholic Christians requires as we move towards unity with our Christian brothers and sisters. Dialogue requires we see fellow Christians as authentic witnesses to Christian life and practice, to identifying “them” as truly Christian. The decree indicates that dialogue requires something deep and demand of Catholics. It requires that we build up our Christian neighbors by showing care for them, speaking well of them, representing their teaching and practice with honesty and integrity and studying and praying together. It also means we share our spiritual lives together and cultivate a disposition that listens and exercises patience. It calls on us to inform other Christians of what the Church teaches and to convene meetings between experts, as well as between national and local churches, to build greater understanding that leads to intentional, ultimate communion.

Just as Pope Francis helps us to see that the commandment not to murder means more than no killing, we also need to consider on how cultivating dialogue means more than just talking to one another. Dialogue – and here we mean ecumenical dialogue – is a rich concept that beckons us to exercise concern for one another and to offer mutual support, concern and love as we strive to discern the promptings of the Spirit ever at work to bring us into full communion.

As the 50th anniversary of Vatican II’s Decree on Ecumenism approaches, we see that dialogue with other Christians demands more than simple acknowledgment of the other. As Pope John Paul II made plain in his encyclical Ut Unum Sint, dialogue stands as an irrevocable commitment to build up and support fellow Christians on the road to visible unity.

Anthony Cirelli, PhD, is associate director of the U.S. bishops’ Secretariat for Ecumenical and Interreligious Affairs.
Posted by Matt Palmer at 9:55 AM