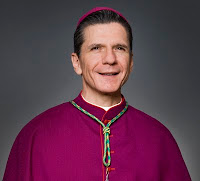 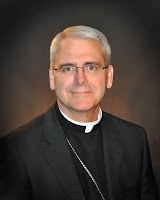 The Choice to End All Choices

If there is a prize in the game of semantics, it should go to the word CHOICE. And if you need someone to collect the prize for abusing the word, I offer those who promote what is deemed the choice to die. The patron of the movement, which is now enshrined into law in the states of Washington and Oregon, is the late Dr. Jack Kervorkian, the pathologist who once helped people die in the back of a 1968 van that he converted into a death machine. Curiously, when he himself passed on a few weeks ago, it was in a clean bed in a hospital where he had been ill. No Volkswagen van for Dr. Death.

Words develop emotional dimensions, which is why the right-to-die Hemlock Society, named for Socrates’ suicide juice of choice, is now called Compassion and Choices. Giving people the choice to die has a nicer ring to it than giving people the right to kill themselves or giving them the license to kill others. Those working for the freedom of choice to die, however, are working for the choice to end all choices.

With modern medicine, people live longer lives and take longer to die. Dying is a commonplace and responsible medical professionals have developed the modern day hospice movement and palliative care programs to address it. Palliative care offers a comprehensive care approach for those with potentially fatal illnesses, such as heart failure, rheumatoid arthritis, emphysema and cancer. It involves curing and comforting. If cure becomes less likely, for example, with end-stage cancers, end-stage heart failure and end-stage renal failure, it can lead to hospice care with its emphasis on comfort when cure seems out of the question.

When I was a reporter covering the hospice movement, I learned that people have two fears when confronting end of life: pain and isolation. Hospice and palliative care address them both. Advances in medications mean pain can be controlled. Medical staff can handle that. Dealing with fear of isolation lies in the hands of the rest of us. It is a call to the community to surround the dying and chronically ill with emotional support, prayer and the message that every moment of their lives has value to us. Every life has dignity at every stage.

Hospice and palliative care programs rely on family and volunteers for the team that provides medical, emotional, intellectual, psychological, social and spiritual care. They work to enable a meaningful life right now. They believe that life has meaning whether you’re on the job, in your lounge chair, or nodding off in bed.

It is no secret that people who are seriously and/or chronically ill can become depressed and feel they want to die. The answer is not "Here, let me help you.” It is to express compassion, to send the message that they’re not alone and that others walk with them.

Caring involves sharing – everything from a funny story about the grandkids, the latest news report, who was at church in the morning and who called last night. It might even involve sharing a beer, though not one laced with hemlock or its modern equivalent.

Choices provide a sense of control and we all like to keep our options open. But when a choice eliminates every other choice thereafter, it’s really not a choice at all.
Posted by Sr. Mary Ann Walsh at 3:23 PM 1 comment:

Never Has So Much Harm Been Done By So Few

Media reaction to the John Jay Report on “The Causes and Context of Sexual Abuse of Minors by Priests. 1950-2010” has centered on what the New York Times deemed the “Woodstock defense,” that is, blaming the libertine spirit of the bohemian music and peace meeting in 1969.
Let it be known that any insult to the hallowed Woodstock days puts gray-haired hippies up in arms. We wore the peace sign, sang “Kumbaya My Lord” to simplistic guitar music and cheered on peacenik confreres who disrupted the 1968 Chicago Democratic convention. But the only thing most of us violated was good taste. (Orange shag carpeting anyone?)

Unfortunately by arguing about Woodstock, many miss the gist of the report, which is that the number of cases of child sexual abuse by clerics declined dramatically starting in the mid-80s. Cases dropped as education in seminaries increased and as dioceses began to implement safe environment plans and protocols for interaction between adults and children. It also helped that some priests in well publicized abuse cases wound up doing time. The John Jay report notes that as abuse went into decline in American society, statistics show that the numbers of abusers dropped more quickly in the church than elsewhere. Educating priests-in-training and volunteers and teachers on the job, and publicizing crimes by priests who went to jail were dramatic wake-up calls, even for people who didn’t recognize criminal behavior instinctively.

Last year in the U.S. Catholic Church of 68.2 million members, there were seven credible accusations of abuse of a minor by a priest. There should not be any, and punishment for abusers should be swift. Even in the worst days of abuse, however, it was an estimated four percent of priests who abused. Obviously there should have been no abuse, but it is unfair to ignore the fact that abusers constituted a small percentage of priests. When it comes to abusers smearing the reputations of dedicated, clean-living clerics, never has so much damage been done by so few.

The John Jay report rightly criticized the church’s lack of transparency and pointed out that when the church dealt with an abuser, it kept its actions a secret. It is understandable, given the ignorance about sex abuse in society until the very late 20th century. Just a couple decades ago, and even perhaps more recently, if one parent discovered the other sexually abusing a child at home (where most abuse happens), he or she didn’t discuss it at the PTA or go to the police. They might have tried to get spiritual or emotional help secretly for the perpetrator and the victim, though the crime is so shameful as to be paralyzing. A bishop told me a few years ago that one of the scandals in this matter was that bishops weren’t even speaking with one another. No one at a bishops’ meeting was apt to ask: “Hey Joe, any of your priests abuse kids?”

The silence is broken now. This is good. People, including well-trained children, speak up and speak out. Bishops notify the police when there is a credible accusation. Children are taught to tell parents and teachers when someone’s familiarity makes then uncomfortable. Everyone knows that “Keep your hands to yourself” has meaning even after kindergarten.

The gray-haired hippies, who are now retiring from proper jobs in areas such as education, law, medicine, and public service, agree. They reflect nostalgically on Woodstock. They look wistful when they hear the strains of “Where have all the flowers gone?” and they smile for “Puff, the magic dragon.” The Catholic hippies might even hum the sing-songy “Sons of God, hear his holy Word….” Woodstock evokes memories of wise or unwise passion. It doesn’t, however, equate to sexual abuse of a child.

Sexual abuse of a child is an intolerable aberration for which there is no excuse. For those who ever thought it was not harmful or even, incredibly, thought it was acceptable, education and prison time sent a message. But it had nothing to do with wearing love beads and tie-dyed shirts.
Posted by Sr. Mary Ann Walsh at 11:02 AM 2 comments: