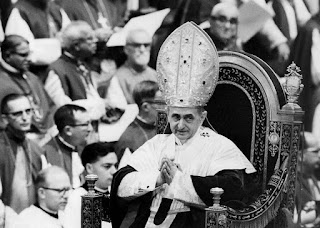 As the 50th anniversary celebrations for the Second Vatican Council come to a close, there is one last anniversary to commemorate. Dignitatis Humanae, or the Declaration on Religious Freedom, was the last document to be promulgated by Blessed Pope Paul VI from Council on December 7, 1965. This document is foundational for the dialogue process.

This past June I attended my first meeting of the Joint Working Group between the World Council of Churches [WCC] and the Pontifical Council for Promoting Christian Unity [PCPCU]. The meeting took place in Rome and the second will occur in Geneva next September as the twenty of us from all parts of the globe familiarize ourselves with each other’s mission and structure.

In the week-long meeting I was reminded that the relationship began before the Second Vatican Council. There were some initial conversations between the WCC and Cardinal Bea’s Secretariat for Promoting Christian Unity especially through the then-Monsignor (later Cardinal) Willebrands who had come to work at the Secretariat. As the ecumenical officer for the Dutch Bishops he had regular contact with WCC officials in Geneva.

As we celebrate the 50th Anniversary of the Declaration on Religious Liberty of the Council, we do well to recall this early relationship. Scholars note that the WCC leaders spoke to the Secretariat about the importance of religious liberty to ecumenism.

If there is no religious liberty, ecumenical dialogue loses its credibility. It is no accident that along with the Decree on Ecumenism, with Nostra Aetate and with related parts of other Council documents, Cardinal Bea’s Secretariat shepherded the Declaration on Religious Liberty for several years. Much to their credit, Cardinals Bea and Willebrands saw the importance of religious liberty not only for their work but for the good of communities throughout the world.

The final document, influenced greatly by the scholarly research and practical sense of the American John Courtney Murray, S.J., was and remains foundational in a host of ways. For example it discourages proselytism and encourages respect for the conscientious decision of each person about their faith. It is a touchstone for ecumenical and interreligious dialogue. I see this as I help to continue the honest conversations begun by colleagues over fifty years ago. 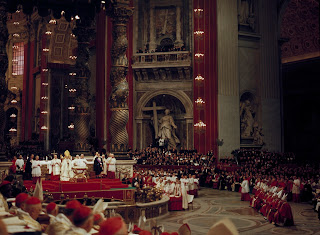