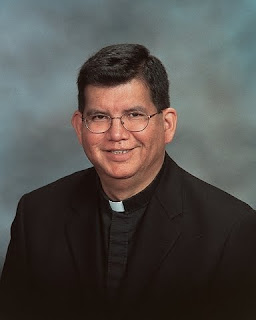 Father Maurice Henry Sands joins the Secretariat of Cultural Diversity in the Church at the U.S. Conference of Catholic Bishops September 1, as a “consultant” on Native American Affairs.
Father Sands will provide consultation to the U.S. Catholic bishops and staff, diocesan staff and pastoral ministers on issues concerning Native Americans. He will also assist in the development of web-based resources and workshops for bishops and others on ministry to Native Americans.
The appointment responds to requests by Native American Catholics to have representation in the Cultural Diversity Secretariat created in January of 2008. The Bishops’ Subcommittee on Native Americans has been operational since then but it will be the first time the subcommittee is staffed by a Native American.
Father Sands is a full-blooded Native American belonging to the Ojibway, Ottawa and Potawatomi tribes. He grew up on Walpole Island (Bkejwanong First Nation), which is an Indian reservation located in the St. Clair River between Michigan and Ontario.
An accountant by training, he holds an MBA from the University of Toronto, Ontario, and a BBA from Eastern Michigan University. He worked in corporate banking before joining the diocesan priesthood.
Father Sands was ordained a priest on May 14, 2005 for the Archdiocese of Detroit. He currently is pastor of St. Alfred Parish in Taylor, Michigan. While still in the seminary, he worked for the Archdiocese’s Department of Parish Life and Services in the area of Native American and Hispanic Ministries. He continues to be heavily involved in Hispanic Ministry as a priest and pastor.
From 2006 to 2009, Father Sands served as a board member of the Tekakwitha Conference, a national Native American Catholic organization. He also has served as a consultant to the Bishops’ Sub-Committee on Native American Affairs since 2008. Father Sands will continue to be based in Michigan while providing consulting services to the U.S. Bishops. 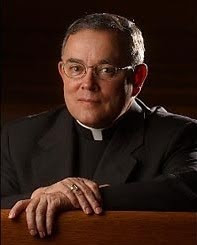 Archbishop Charles J. Chaput of Denver, chairman of the subcommittee and a member of the Prairie Band Potawatomi Tribe, welcomed Fr. Sands’ incorporation to the U.S. bishops’ Cultural Diversity team.
"The Native American Catholic Community in the United States rejoices in the appointment of our brother, Father Henry Sands, as a consultant on Native American concerns for the USCCB. Father Sands is extraordinarily prepared for this service and will represent well the views and needs of the Native American people of the Church. Our prayers and support will accompany him in his service," Archbishop Chaput said.

There are approximately 2,383,500 Native Americans Catholics in the United States, representing roughly 3.5% of all Catholics in the U.S. Approximately 20% of all Native Americans residing in the United States consider themselves Roman Catholics.
At the recent Catholic Cultural Diversity Network Convocation, celebrated last May at the University of Notre Dame, Indiana, Native American Catholic representatives noted that “a face was still missing in the picture of the Cultural Diversity Secretariat. Beginning September 1, that picture is now even more inclusive, especially if one looks at the diversity of native peoples Father Sands represents.
Welcome on board, Father Sands!
Welcoming messages
Bishop Jaime Soto, chairman, Committee on Cultural diversity in the Church, USCCB:

The recent Catholic Cultural Diversity Convocation held at Notre Dame University in May, 2010 was a splendid experience of the vast cultural faith expressions that enliven the Catholic Church in the United States. A significant part of the Convocation's reflection, prayer, and celebration came from the members of the Native American Catholic community. The appointment of Father Henry Sands as a consultant is a welcomed development for the work of the Subcommittee of Native American Affairs as well as the overall pastoral endeavors of the Bishops' Committee for Cultural Diversity in the Church. He will become part of a capable team dedicated to building up the diverse members of Christ's One Body, the Church.

The appointment of Father Sands as consultant to the Subcommittee on Native American Affairs helps complete the team of staff and consultants that make it possible for the Cultural Diversity Secretariat to accomplish its mission. Attention to the opportunities and challenges faced by millions of Native American Catholics is a major concern of the bishops. We are particularly fortunate to have the services of a Native American priest who is knowledgeable and has demonstrated both skill and zeal in the service of his people.
Sister Kateri Mitchell, Executive Director of the Tekakwitha Conference: 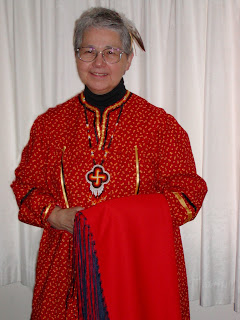 Congratulations, Father Henry Sands! On behalf of the Native American Catholic community we extend to you our best wishes in this first time appointment of a "Native face" at the USCCB Secretariat of Cultural Diversity in the Church.
Posted by Mar Munoz-Visoso at 10:40 AM

Father Sands will be a great fit for this position. He is extremely knowledgeable and he is great pastor for the Hispanic community not only for St. Alfred community but also for his followers from Holy Family in Novi. In the last three years He has unconditionally supported us in the Hispanic Men Conferences for and looking forward to work with him in the upcoming conference in 2011. God Bless you Father Sands!
In Christ, Jorge and Gaby Montoya.