Religious leaders and young adults from the Catholic, Buddhist, Hindu, Jewish, Muslim and Sikh communities met for a day of dialogue and fellowship at the first ever “Generations of Faith Interreligious Encounter” in Washington, DC. The event was co-sponsored by the Pope John Paul II Cultural Foundation, the Sacred Military Order of Constantine and the Committee for Ecumenical and Interreligious Affairs of the U.S. Conference of Catholic Bishops. 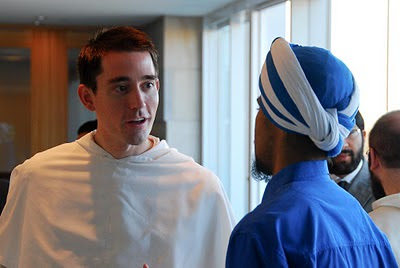 “The concept of the day was simple,” said Fr. Leo Walsh, Associate Director of Ecumenical and Interreligious Affairs at USCCB. “We sought to gather the most prominent religious leaders involved in interreligious dialogue in the United States, have them discuss their experiences of the past few decades and ask them what lessons they might wish to pass on to the next generation. Meanwhile, the young people would be asked to discuss their experiences of living in a pluralistic society and what they would like their religious leaders to teach them regarding interreligious dialogue and cooperation. We were also interested in what the young people might be able to teach the religious leadership. The intergenerational dynamic of the encounter was very exciting.”

The keynote address was delivered by the Most Rev. Felix Machado, Archbishop of Visai, India. Machado had worked previously fourteen years as Undersecretary of the Pontifical Council for Interreligious Dialogue. Basing his remarks on the Vatican II Declaration on the Relation of the Church to Non-Christian Religions, Nostra Aetate, he commented how the document has shaped the Catholic approach to engagement with other world religions, the significant achievements in the 45 years since its proclamation, and the challenges which remain in the political, theological and sociological spheres.

The two groups then met separately in the morning and together in different formats throughout the course of the day, sharing experiences and insights.

“Archbishop Machado gave us so much to think about,” said Ravi Gupta, a young Hindu participant. “It kept us going the whole day. It was a great opportunity to connect with other young adult leaders from the other faiths and to build on the wisdom that has come before.”

The increasingly pluralistic nature of the United States was reflected in the lives of the participants. While almost all of the young adults had encountered friends and neighbors who belonged to other world religions, many of the leaders grew up in religiously homogenous environments.

The importance of interreligious cooperation and mutual understanding was a recurring theme for the young adults. Usually personal experiences, both negative and positive, led them to seek deeper relations with those of other religious communities. 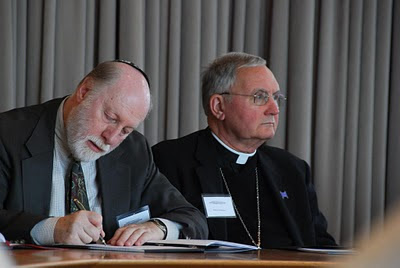 “The encounter confirmed for me that the more I am involved in interreligious dialogue, the more I am inspired to become a better Catholic and to learn more about my own faith, so that I can present it faithfully to those from other religions,” commented Kateri Ambrow, Coordinator of Young Adult Ministry of the Catholic Diocese of Arlington. 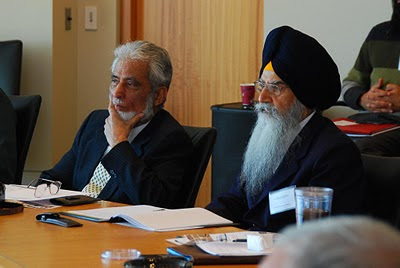 The learning went both ways. Asked what he had learned from the young adults as a result of the encounter, Dr. Manohar Singh Grewal, past president of World Sikh Council, North America commented, “First, I have learned that the future of interreligious dialogue is in good hands. I have also learned that the communication methods of interreligious relations must change with the times. Young people today are very connected, but in a different way. They text and tweet and have hundreds of friends on Facebook. Interreligious dialogue must make use of social media in all its forms.”