Reaching out to our Cuban Neighbors 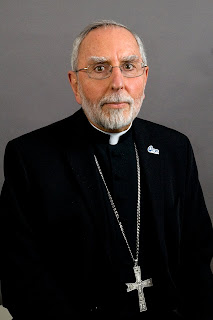 Later this month, I have the privilege of traveling with several other brother bishops from the United States to join our Holy Father on his visit to Cuba. Pope Benedict XVI follows in the footsteps of his predecessor John Paul II, the first pontiff to visit Cuba, in 1998. This time, Our Holy Father comes to Cuba as a "Pilgrim of Charity" to celebrate with the Church in Cuba the 400th anniversary of the discovery of the image of Our Lady of Charity of El Cobre.

Pope Benedict is reaching out to an often isolated island nation that has a history of discord with our country. His presence in Cuba will send a message that we are all one human family, called to live in peace, despite our political differences.

All too often Cuba has borne the brunt of the Atlantic hurricane season. CRS has stood with its Church partner, Caritas Cubana, with the shipment of food, medicine and other emergency supplies. Caritas Cubana also supports some of society’s most vulnerable such as the elderly and children with disabilities. CRS has quietly but consistently strengthened its ability to meet the needs of these groups through heartfelt acts of charity.

For me the spirit of this Cuban and American partnership are reflected in the words of Mario Gonzalez, the director of Caritas Cubana in Camaguey. In 2006, this part of the island was hit by severe flooding and CRS worked with funds from Archdiocese of Indianapolis to ship vital supplies. “Only God knows how deeply grateful we are for this gesture of brotherhood from those sisters and brothers who, although far from us, are united with us through the same faith and love of Jesus Christ,” Gonzalez said at that time.

I believe that the Holy Father’s visit to Cuba will strengthen these bonds. Please share my prayer that from the beginnings in humanitarian outreach Cuban and U.S. Catholics come to more closely share bonds of friendship, enrich each other’s lives and faith, and come to enjoy the openness that good neighbors are called to.
Posted by Mar Munoz-Visoso at 4:47 PM