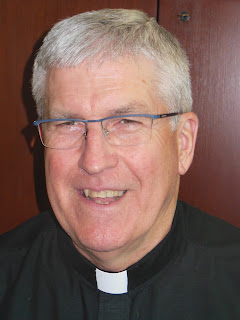 Sometimes it’s safer to stay angry at the church and its teaching. Despite Pope Francis’ recent sensitive words about gay people, remarried Catholics and the important role of Catholic women, some people prefer to keep their distance.

Disengagement has its advantages. Occasional headline news items might break into consciousness but faith can usually be kept peripheral to daily life. Church attendance at Christmas, Easter and an occasional funeral of wedding seems to be sufficient contact.

Letting Pope Francis’ affirmative attitude break into our consciousness could have singular effects. He is calling everyone to encounter Christ first. He is presenting the central message of Jesus. Mercy, mutual respect, love for enemies, compassion for the outcast, and attention to social justice are central to his message. He first seems to be calling for a return to the Sermon on the Mount.

Of course, what he really is doing is exemplifying the Beatitudes in his actions. Whether he embraces the prisoners in a Roman prison and washes their feet on Holy Thursday or visits with the poor in favelas in Rio, he shows us the Sermon. Protestants and Catholics tell me that he is genuine. What he did every week in Buenos Aires he does now on the world stage.

Pope Francis’ message and ministry challenges all of us, no matter where we stand on today’s hot topics. There is enough in his message to make every one of us squirm. For some, it is best to stay angry and avoid discomfort, pain or guilt.

Pope Francis calls us to look around more carefully. There are genuine Christians nearby. They pray “in secret” and not for adulation. They dress in old clothes and ladle out soup to the homeless. They prefer to be invisible if possible.

The pope, neighbors, friends and strangers are encouraging us to look again at the core Christian message.

Certainly he is calling everyone, priests, religious, lay people and “occasional Christians” to a deeper commitment. He is challenging the compromises, small and large, such as those we make with the injustices of the capitalist system with its winners and losers or with neglect of our commitments to the younger generation and their wellbeing.

Francis is putting justice for the poor and those who have nothing at the center. He challenges our self-preoccupation. If we follow Christ, we may give more financial assistance to those who are starving and less to special lobbying groups that pursue our personal prosperity. Taking the Gospel seriously leads us to encounter and dialogue more with the other and less with those like me.

The call is to spiritual growth. This is not the stuff of spiritual fads or meeting my needs. This is the stuff of service with its inconveniences and sufferings. These challenges make for a genuine character that people can see.

Pope Francis is calling us to become more like Christ, to become saints. Lobbying will not change the church; saints will.

Oblate of St. Francis de Sales Father John Crossin is executive director of the Secretariat for Ecumenical and Interreligious Activities of the U.S. Conference of Catholic Bishops.