Working for an economy that values dignity 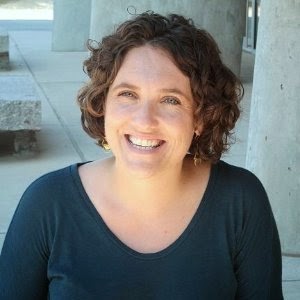 The sun rises in South Philadelphia with vans and bikes. Young men in twos and threes cycle north toward the skyscrapers for jobs in restaurants. Others pedal to construction sites and factories. Older women climb aboard fifteen passenger vans with lunch pails, ready for a long day cleaning offices, while young women pin up their hair to keep it clear of the machines at the industrial dry cleaners. Teen girls and old men are left behind to get the young children washed, fed, and out the door to school.

These days end well after the sun has set, sometimes in pain, sometimes in humiliation. Mario became so sick from the air quality at his job in a garment factory that he eventually had to quit. Meanwhile, his wife, also suffering from the effects, took on additional hours at the factory so they would not lose the apartment that houses them and their three young children. Hoa cleaned hotel rooms for four days and was summarily let go on the fifth before wages were paid out. Romo was injured at a construction site and the employer denied knowing who he was when the ambulance came. Eduardo bought three thousand dollars worth of materials for a renovation job only to be told by the homeowner that they wouldn't be having him complete the work.

As a society, our quest for the benefits of robust competition outstrips basic human dignity. Frequently, the path to riches (for the producer) or the possibility to consume with few limits (for the one buying) involves disregarding working conditions, fair wages or the larger impact on communities. There is a high cost for those low prices. In the neighborhood where I work and live, that cost is often shouldered by immigrant families.

Part of my vocation, running the Aquinas Center in Philadelphia, is to accompany these men and women who came to the United States seeking safety, education, religious freedom and economic opportunity. It also involves giving voice to the struggle when their voices are muted. I have turned lately to the wisdom of farmer and author Wendell Berry, finding many applications for life in the city.

In The Art of the Commonplace: The Agrarian Essays of Wendell Berry, he describes the danger of overvaluing competition:

The great fault of this approach to things is that it is so drastically reductive; it does not permit us to live and work as human beings, as the best of our inheritance defines us. Rats and roaches live by competition under the law of supply and demand; it is the privilege of human beings to live under the law of justice and mercy.

Justice requires us to hold each other accountable for fair wages, wages that permit the head of a household to rent a decent apartment and feed their family. Justice demands that hours, while long, do not subject a person to unreasonable hardship. Mercy calls for paid sick leave and access to health care. Our faith compels us to strive for an economy that values dignity over discounted t-shirts and respect over a cheap meal.
---

Bethany J. Welch, Ph.D, is Director of the Aquinas Center, and is the 2014 Cardinal Bernardin New Leadership Award winner.