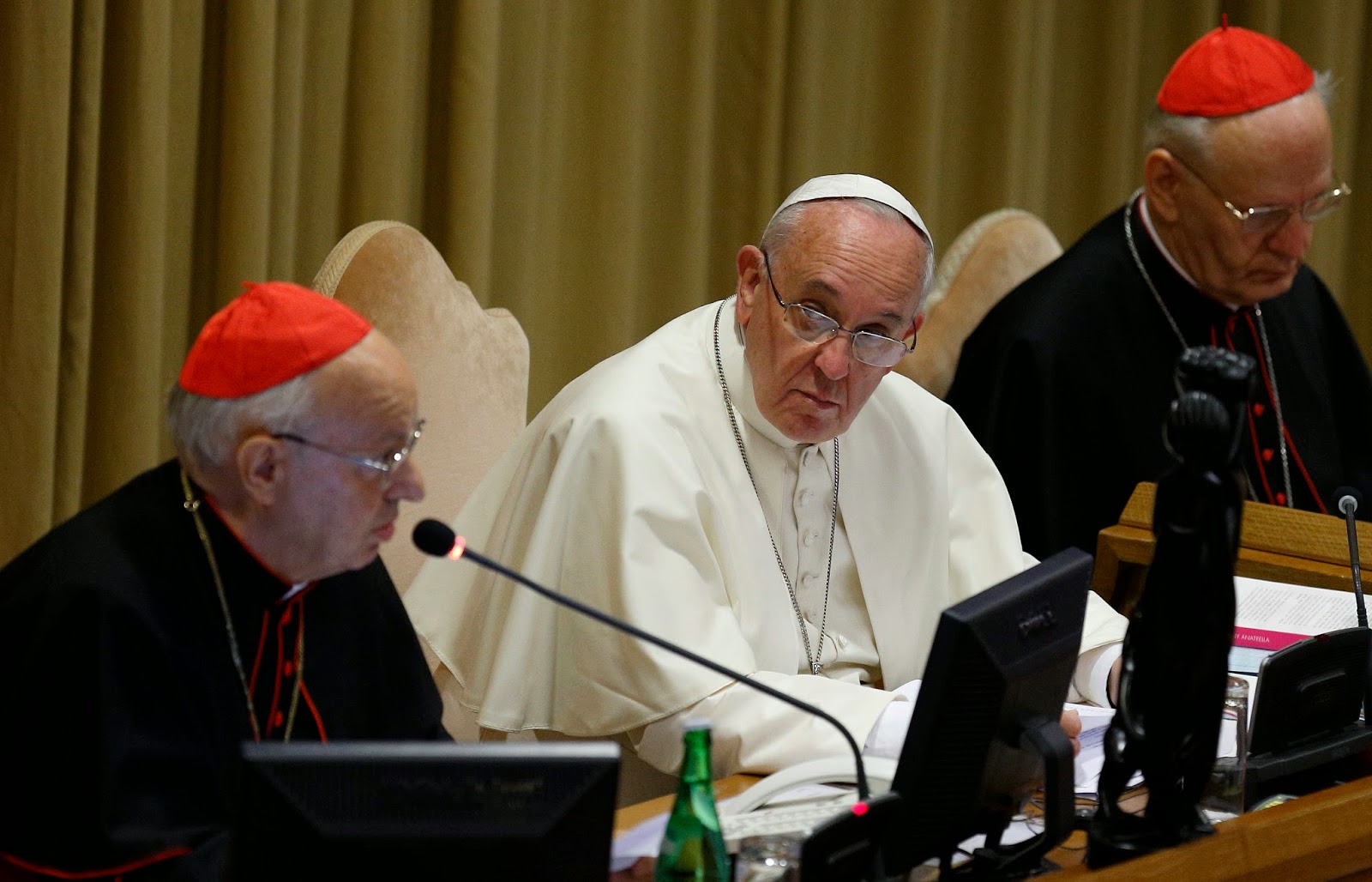 The Vatican’s release today of the working document and survey for the 2015 Synod on the Family reminds us that the Synod process begun in 2014 will continue into most of next year. The 2014 Synod on the Family was very encouraging from the point of view of an ecumenist. There are two aspects that I think were particularly significant for Christian unity.

Pope Francis invited all the participants to speak their minds. They were to say what they needed to say. And there were disagreements.

This Synod sent the opposite message. All voices will be heard though of course not all will get their way.

A related experience of the Synod was that there are different schools of thought in the Catholic Church. Adherents do not always agree with one another.

This has been true for centuries but is not always quite so evident. Catholics realize that the various schools of thought have distinguished members. Most members tend to think that they are the best, have the truth, preserve orthodoxy and have the correct pastoral approach. It seemed clear at the Synod and in the immediate preparatory time that the adherents of the schools represented points of view that can be far from definitive.

There are different schools of thought in Anglicanism, Orthodoxy and Protestantism. The witness of the Synod is that there is room for multiplicity in unity.  Full Communion with others would bring even more diverse ways of thinking. Pope Francis has noted on more than one occasion that unity is not uniformity. This diversity could be of great benefit to a Synodical process of discernment of God’s will for the Church.

One danger of multiple schools is that they can become isolated from each another.  Living and working in ‘gated communities’ of the like-minded can make it difficult to hear the voices of others outside the group. Pope Francis describes this as the risk of becoming self-referential.

A process that encourages all to listen for the voice of the Spirit while engaging one another‘s best thoughts and practices can contribute to our progress toward Christian unity.

Father John Crossin, OSFS is executive director of the Secretariat of Ecumenical and Interreligious Affairs for the U.S. Conference of Catholic Bishops. He is a consultor to the Pontifical Council for Promoting Christian Unity. He tweets @crossinusccb.

A good reference book, for those who are not aware of it, is "Handbook
of Denominations in the United States" 13th Edition.
ISBN-13: 978-1-4267-0048-4
I am a former Episcopalian, still married to a Roman Catholic since 1980. Thank You Fr. John Crossin OSFS for your article.