A Witness for Peace: A Meditation on the Multi-Religious Gathering with Pope Francis 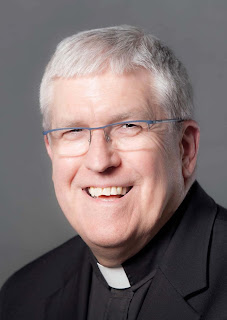 
My experience of the Multi-Religious Gathering, from my arrival in New York City on Wednesday morning until the close of the Gathering on Friday, was an experience of healing. I felt the presence of the healing Spirit from beginning to end.

Healing is a process that has many steps. Sometimes they are surprising to me. As I came to the Memorial on Wednesday I ran into a friendly security official who led me through to the Museum and showed me highlights. He told me that he knew many of the first responders who had died. It took him years to come to the site. I felt that he still had ‘his moments.’

On the next day on the way to the rehearsal, I happened to meet a woman whose family member had died on 9/11. She finally came across the country to grieve at the site. Perhaps this unexpected encounter was one of the ‘accidents’ of the Spirit. As we both left I promised her my prayers.

A chaplain was with her. He happened to be present at the World Trade Center on September 11th. Now he accompanies survivors and families as part of his ministry. We shared how the Spirit sometimes calls us to ministries unexpectedly.

On Friday after the Gathering with Pope Francis, I talked to a New York area priest I know who had witnessed many of the September 11th events directly. When he received his invitation to the Gathering, he decided it was time to enter the healing process more deeply by finally visiting the Memorial. He came Friday morning to encounter the past and thus become more open to the future.

Healing can be individual and communal. When I entered Foundation Hall, members of the varied communities gathered were conversing together with animation. They were renewing the relationships that are key to interreligious understanding and peacebuilding. I saw a number of my own dialogue partners in the crowd.

What I did not expect was the quiet. The whole group became subdued as the time of Pope Francis arrival drew near. This group of religious leaders became almost silent. Later in the program silence returned as Pope Francis invited each to pray in his or her own way. I found the Spirit in the conversation and in the silence. My own memories became more tranquil.

The healing of communal and individual memories is a significant Witness for Peace. I believe that this Multi-Religious Gathering provided all of us, wherever we are, an opportunity to recommit personally to being agents for peace.

For a description of A Witness for Peace, see http://www.catholicnews.com/services/englishnews/2015/pope-at-911-memorial-violence-is-never-impersonal-always-brings-tears.cfm