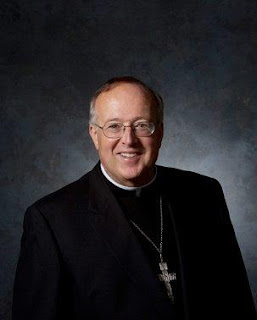 Five months is nothing in the life of an institution that "thinks in centuries" like the Catholic Church. So it's almost miraculous that Pope Francis has, in the short time since his election, amassed so much teaching on a single subject: economic inequality. This subject is also the focus of the 2013 Labor Day Statement by Bishop Stephen E. Blaire of Stockton, California, chairman of the U.S. bishops' Committee on Domestic Justice and Human Development.

Three days after his election, Pope Francis tied his choice of name to St. Francis of Assisi and said, "How I would love a Church that is poor and for the poor." This began a stream of commentary on economic inequality and the Church's response to it. Here are  five essential quotes from Pope Francis on this issue and why each is significant:

1. "While the income of a minority is increasing exponentially, that of the majority is crumbling. This imbalance results from ideologies which uphold the absolute autonomy of markets and financial speculation, and thus deny the right of control to States, which are charged with providing for the common good. A new, invisible and at times virtual, tyranny is established, one which unilaterally and irremediably imposes its own laws and rules." -- Address to new Vatican ambassadors, May 16

This quote puts it all out there. Too much money is in the hands of too few, while the vast majority struggle to get by. This is a direct result of ideologies that put the free market before everything else, including the duty of the government to ensure that people's basic needs are met. The Holy Father says that money must serve, not rule. Some commentators noted that Francis, who emphasizes his role as bishop of Rome, made a point to refer to himself as the pope while delivering these remarks. 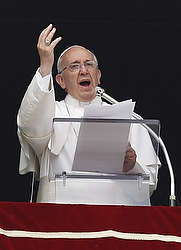 2. "Every economic and political theory or action must set about providing each inhabitant of the planet with the minimum wherewithal to live in dignity and freedom, with the possibility of supporting a family, educating children, praising God and developing one's own human potential. This is the main thing; in the absence of such a vision, all economic activity is meaningless." -- Letter to Prime Minister David Cameron for the G8 Meeting, June 17-18

This quote reflects the thread of Catholic social teaching, going back to Rerum Novarum (1891), that people must be at the center of every economic system.

3. "This happens today: if the investments in the banks fall slightly... a tragedy... what can be done? But if people die of hunger, if they have nothing eat, if they have poor health, it does not matter! This is our crisis today!" -- Address at Vigil of Pentecost, May 18

Here Pope Francis clearly questions society's priorities. How could we be so alienated from our own humanity that we care more about the fate of a bank than a human life? Our American culture has accomplished so much good through creation and innovation, but our culture also suffers from a materialism that is pervasive and corrosive.

4. "Let us remember well, however, that whenever food is thrown out it is as if it were stolen from the table of the poor, from the hungry!" -- General Audience, June 5

So it's not just our policies that ignore the poor, but our habits too. Francis goes on to criticize a "throwaway culture" that values people based on their ability to consume and treats others as useless. We have to realize that our lifestyles so often legitimate the grotesque inequalities of income and living standards that surround us. Most piercingly, we have to examine those areas of our personal lives where we have totally succumbed to the allure of materialism, and then we must change at our core.

5. "How many of us, myself included, have lost our bearings; we are no longer attentive to the world in which we live; we don't care; we don't protect what God created for everyone, and we end up unable even to care for one another!" -- Homily, July 8

These words were spoken by the pope at Lampedusa, the Italian island where a boatload of immigrants from Africa seeking a better life tragically shipwrecked, and hundreds drowned. In our hearts we realize the excruciating poverty that exists in the poorest nations on the Earth. But we respond so often not with justice or even charity, but by shutting out the screams of pain and scenes of suffering among the poor so that we will not have to probe deeply into the nature of our own society, our own personal choices. In this way, we all become participants in what Francis has terms "a global culture of indifference."

With God's grace, we can all answer Pope Francis' call to build a culture of encounter, in which we see every person with the dignity given to them by God.

Bishop McElroy is an auxiliary bishop of the Archdiocese of San Francisco and a member of the Committee on Domestic Justice and Human Development of the U.S. Conference of Catholic Bishops.
Posted by Don Clemmer at 11:37 AM

Thanks for this... Great stuff

In summary, Pope Francis is saying that Man and governments exist for the survival, preservation and protection of human lives and rights.

Bishop McElroy: In the USA we have the great tragedy that most employers will discriminate against the chronically unemployed. They can do so because of judicial precedence dating back to the Reconstruction Period. it's known as employment-at-will.

Pope Francis had clearly and loudly talked about a poor church for the poor, about pastor with dazzling car, etc. But our pope needs also to address the controversy over "richly built churches" vs simple church buildings. Read
http://katolik-kita.blogspot.com/2013/08/dear-pope-francis-please-answer.html

I don't believe we Catholics can be "right" by choosing either of them.