The Joint Working Group at 50: The Collaboration of the World Councilof Churches and the Vatican 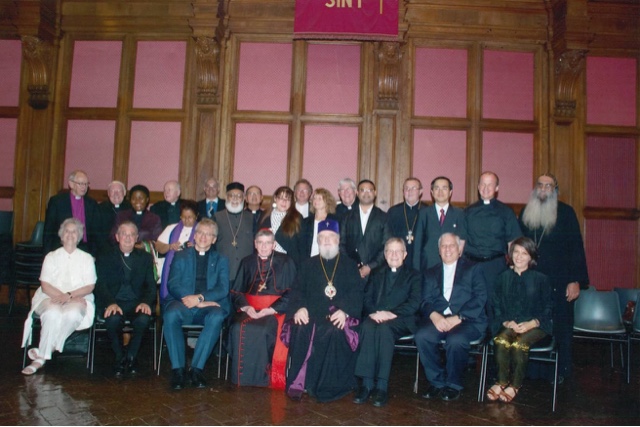 This past June, I was in Rome for the first meeting of the next round of dialogue with the Joint Working Group (JWG), a collaborative effort between the World Council of Churches (WCC) and the Roman Catholic Church. I was appointed as a member of the JWG for a seven year term by the Pontifical Council for Promoting Christian Unity (PCPCU). This meeting also coincided with the 50th Anniversary of the JWG.

As I was standing in the room at the Centro Pro Unione where the Protestant, Orthodox and Anglican observers at the Second Vatican Council had their Thursday meetings with representatives of Cardinal Bea’s Secretariat for Promoting Christian Unity, my mind wandered to the history contained in those walls:

It seems to me that God has been speaking in the ongoing conversations between the World Council of Churches and the Pontifical Council for Promoting Christian Unity for the last 50 years.

The voice of God may be heard in the significant documents that that come forth from this collaboration. Whether it is in recent study documents on spiritual ecumenism and on church reception of ecumenical agreements or on Christian Witness in a Multi-religious World, God’s voice may be heard if only we can listen—after all there is always lots of noise and music coming from the Piazza Navona down below the meeting room in the Centro that can distract us from hearing!

It seems to me that God has been speaking to us in the healing of long fractured relationships. We have acknowledged the sins and mistakes of the past so that we can move into the future. Over these fifty years we have worked together extensively and developed a positive history of collaboration for the good of others.

Progress is such that Pope Francis, in his letter read at the Anniversary celebration on June 23rd, spoke of the Joint Working Group becoming a think tank looking at the realities of our relationships. The meetings of the observers long ago continues to bear fruit in the present moment. The Working Group, guided by the Spirit is pointing the way toward Christian unity.

Our blog editors are: