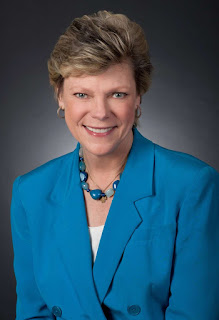 As a girl growing up in the 1950’s I had one great advantage that most women my age did not enjoy: I was educated, raised really, by nuns who took girls seriously.  It was a radical notion in those years; it took until the 1964 Civil Rights bill to make it illegal to discriminate against women in hiring, and until 1972 to prohibit bias against women in education, including athletics.  It took a lot longer to make those statutes stick.  So the nuns were well ahead of their time.


But that’s not unusual for women religious.  They have not only been ahead of the country’s time, they have pushed and prodded the nation to accept a new time since the Ursulines first arrived in my home town of New Orleans in 1727.  Sent here by the French to open hospitals for the military colonists, they soon started schools for girls, and insisted on educating free blacks and Native Americans.

Think of it!  It was the early 18th Century, hundreds of years before their ideas would be accepted by the larger society.
That story is told over and over through the history of women religious in America.  In 1810 when Elizabeth Ann Seton set up a free school for the needy girls of St. Joseph’s parish in Emmitsburg, MD, she effectively started—and then spread--what became the highly successful parochial school system in this country.  A few years later, only weeks after arriving in Missouri from France, Philippine Duchesne established the first free school west of the Mississippi River.  When the bishop refused to allow her to teach African American children in the school, she did it on her own.
As the story continues through American history, and you look to the work of Katharine Drexel, Francis Cabrini and Marianne Cope—women who worked with blacks, poor immigrants and lepers--you realize that you are reciting a litany of saints.  Each of these women religious has been canonized for her willingness to be ahead of her time—to bring those on the margins into the mainstream.
But the mainstream is way too comfortable a place for the nuns.  As Sister Pat Farrell, the president of the Leadership Conference of Women Religious said recently, “Women religious stand in very close proximity to people at the margins, to people with very painful, difficult situations in their lives.  That is our gift to the Church.”
What a gift it is.  Day after day these women work with the poor, the sick, the frightened, the incarcerated.  It is literally the Lord’s work.  And it is, by definition, work that doesn’t pay very well in terms of money, even if it results in sainthood.  So now tens of thousands of religious women and their brother priests are left in need of cash for their care.
It’s a problem that’s only going to get worse as the population of religious ages.  So we have to pitch in.  Think how we have benefitted from them, both as individuals and as a society.  This country is a far fairer place, a place closer to fulfilling its promise for all its people because of the contributions of these determined and dedicated religious.
And who knows? The nun you help might just end up in the litany of saints.  Now there’s an opportunity you wouldn’t want to miss!
Cokie Roberts is a political commentator for ABC News.

Editor's Note: To contribute to the Retirement Fund for Religious, visit: http://www.usccb.org/about/national-religious-retirement-office/
Posted by Matt Palmer at 9:19 AM

Saint Mother Theodore Guerin, foundress of the Sisters of Providence of Saint Mary-of-the-Woods, Ind., is in the litany of saints. She and her sisters are very much a part of this story as well.

Thank you for such a well stated comment. Many of us have been so close to the sisters and their works that we have not realized how very important they have been over the decades. Too many of us have childishly focused on the discipline we received as children, (and which our parents approved)and too little attention to the culture changing nature of the works and its impact on our society.
Now our hierarchy is blaming the sisters for responding to Vatican II and its calls for sloughing off outdated practices, e.g. wearing medieval clothing. We need to be reminded of the contributions sisters have made to education, health care and social services for the marginalized. In our world, these are now taken for granted as government services. So the sisters can move on to other needed works. Our society is in debt to the religious orders.

Thank you for a wonderful article. It was the encouragement of the Sisters in the 60s that led so many of us to law school and medical school and other male dominated professions. They convinced us that we were totally capable. They also left a strong imprint of their ethics and charism- we took a new perspective, a feminine one, and a kinder one, into our professions with us.

The effects of my education by the Sisters of Mercy- whose founder, Mother Catherine McCauley, is also on the path to sainthood- has influenced my entire life especially in my approach to my work. For this I will always be grateful.

Thank you for your support of women religious and encouraging others to do the same! The financial challenges are so different than in years gone by, yet the sisters remain committed to ministries among women, children and the poor and marginalized. Nor do the sisters seek recognition. Support your favorite/s congregations (directly) in thanks for their contributions to a better world.