When Francis of Rome Meets Bartholomew of Constantinople 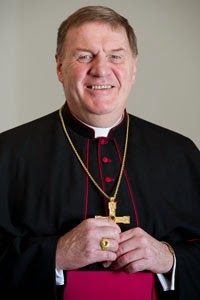 In just a few days’ time, Pope Francis and Ecumenical Patriarch Bartholomew of Constantinople will meet in the Holy Land. It is not known precisely what they will say and do during that encounter. But it will certainly be an opportunity to deepen the relationship between Francis, and “my brother Andrew,” as he called the patriarch when they met the day after his installation as Bishop of Rome. Pope Francis’ calling Bartholomew “Andrew” alludes to the fact that, while Peter is associated with Rome, his blood brother Andrew is associated with the Church of Constantinople as its patron. The meeting on the horizon will have great symbolic significance since it takes places 50 years after the historic encounter between Pope Paul VI and Ecumenical Patriarch Athenagoras in the Holy Land in January 1964.

Now it is easy to forget how extraordinary the 1964 meeting was. It brought to a conclusion no less than 500 years of silence between the Catholic and Orthodox Churches. No Pope and Ecumenical Patriarch had met since 1438. And the last official correspondence between them had taken place in 1584. And then, centuries of silence gave way with a joyful embrace that marked the start of a new era in Catholic-Orthodox relations.

Events then moved swiftly. On December 5, 1965, Pope Paul and Patriarch Athenagoras presided over the abrogation of the divisive excommunications of 1054, consigning them to oblivion and “erasing them from the memory of the Church.” In 1967, the pope and patriarch exchanged visits in Rome and Istanbul, creating startling images of friendship and Christian charity where there had once been only suspicion and hostility.

Later what was set in motion by Paul VI and Athenagoras was continued by their successors. Saint John Paul II journeyed to Istanbul to meet with Patriarch Demetrios in November 1979, just a year after his election. During their encounter they announced the establishment of an international theological dialogue between the two churches that met for the first time in 1980. Even if the dialogue has encountered a number of difficulties over the years, it is still in progress and has issued several statements on important theological topics. Contacts between popes and heads of the various Orthodox Churches are now commonplace. During the Synod of Bishops, celebrated in October 2008, Pope Benedict XVI presided at a vespers service in the Sistine Chapel and Patriarch Bartholomew offered the homily. Four years later, the patriarch returned to Rome and was present for a solemn celebration that commemorated the fiftieth anniversary of the beginning of the Second Vatican Council.

Here in North America, an official dialogue had already met for the first time in 1965, and has continued to meet regularly up to the present day. Relations between our churches on our continent are better than in many places, especially since both our churches are minorities and neither side perceives the other as culturally different or oppressive. Our dialogue has released no less than 30 agreed statements over the years dealing with various issues that still divide Catholics and Orthodox from each other. The most persistent issue remains the role of the Pope in the Church. In 2010, our dialogue addressed this question in a creative way in what we call our “Vision Statement.” It sketches out what a re-united Catholic and Orthodox Church might look like, and lists steps that could be taken even now to deepen the communion we already share.

So when the pope and patriarch meet in the Holy Land, they will look back with joy at 50 years of deepening friendship and dialogue and give thanks that so much has been achieved. But they will also look forward to the future, towards that great day when Catholics and Orthodox will be able to share fully in the same Eucharist. As Pope Benedict XVI and Patriarch Bartholomew put it so well in their 2006 Common Declaration, “The Holy Spirit will help us to prepare the great day of the re-establishment of full unity, whenever and however God wills it. Then we shall truly be able to rejoice and be glad.”