Lord, When Did We See You? Reflections by Faith Leaders on Mass Incarceration


Two weeks ago, here at the U.S. Conference of Catholic Bishops and later on Capitol Hill, 40 of us gathered for learning, personal witness and a few ‘Amens’ as we studied mass incarceration. Bishop Denis Madden , chairman of the bishops’ Committee for Ecumenical and Interreligious Affairs, chaired the gathering.

For me the topic is a depressing one—it speaks of lost respect for human dignity and of inaction by leaders. Ours was a modest effort to push in more positive directions because of our faith.

Those of us present—representing 16 Christian churches and several church organizations such as Bread for the World—realize that working together is important for achieving results. The image of Pentecost, where the Church came together with many languages, came to mind. 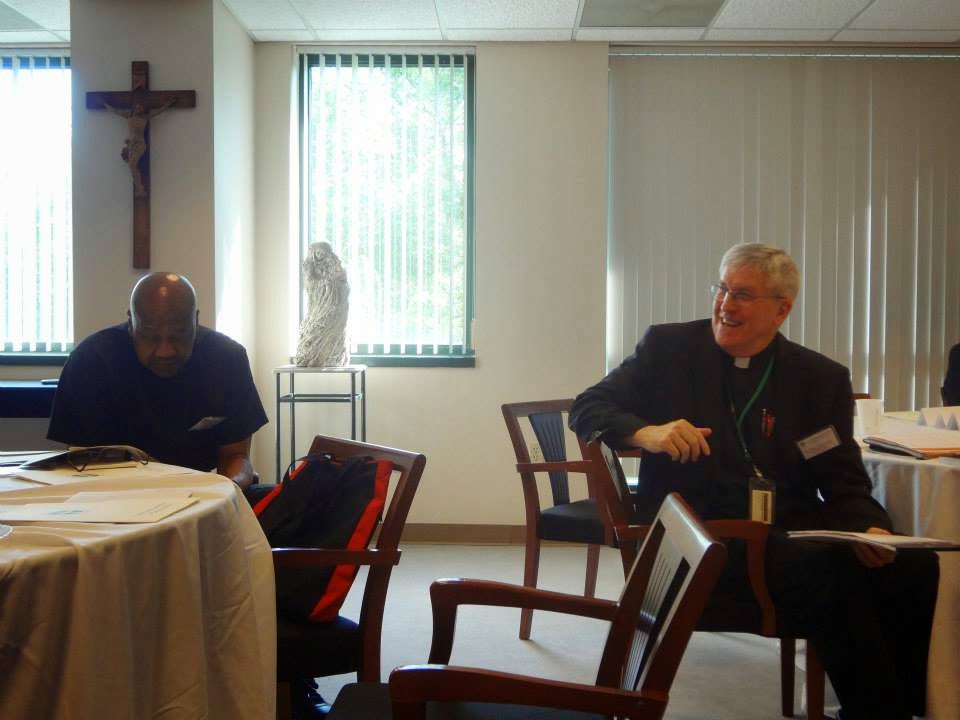 There is a surprising convergence, which seems to be the work of the Spirit, among Evangelical, Mainline Protestant, Orthodox, and African American churches on mass incarceration. Our effort as Roman Catholics was to build on previous efforts of Christian Churches Together and other church partners to remind people of the importance of treating all, especially the poor, with respect.

The issue of racism came to the fore, as expected, in our discussion. Disproportionate numbers of African Americans are imprisoned; increasing numbers of undocumented immigrants are being detained in prisons.

Racism is a centuries old problem in the United States. We cannot deny its current manifestation in the imbalances in the prison system—filled with nonviolent poor minority citizens serving long mandatory sentences without parole.

We made a good educational effort on Capitol Hill later that afternoon. We held a briefing for staff and media in the Rayburn House Office building. Representatives Bobby Scott (D-VA) and Raul Labrador (R-ID), sponsors of the Smarter Sentencing Act, attended, spoke about their bill, and answered questions from our church leaders and others.

The participants noted that political candidates sometimes stoke fears of crime by those “not like us.” As Christians we know that “love casts out all fear.” We need to “walk with others” with attentiveness and mercy as Pope Francis always urges. Education and friendship can heal wounds and help diminish fears.


Father Crossin is executive director of the Secretariat of Ecumenical and Interreligious Affairs of the U.S. Conference of Catholic Bishops.