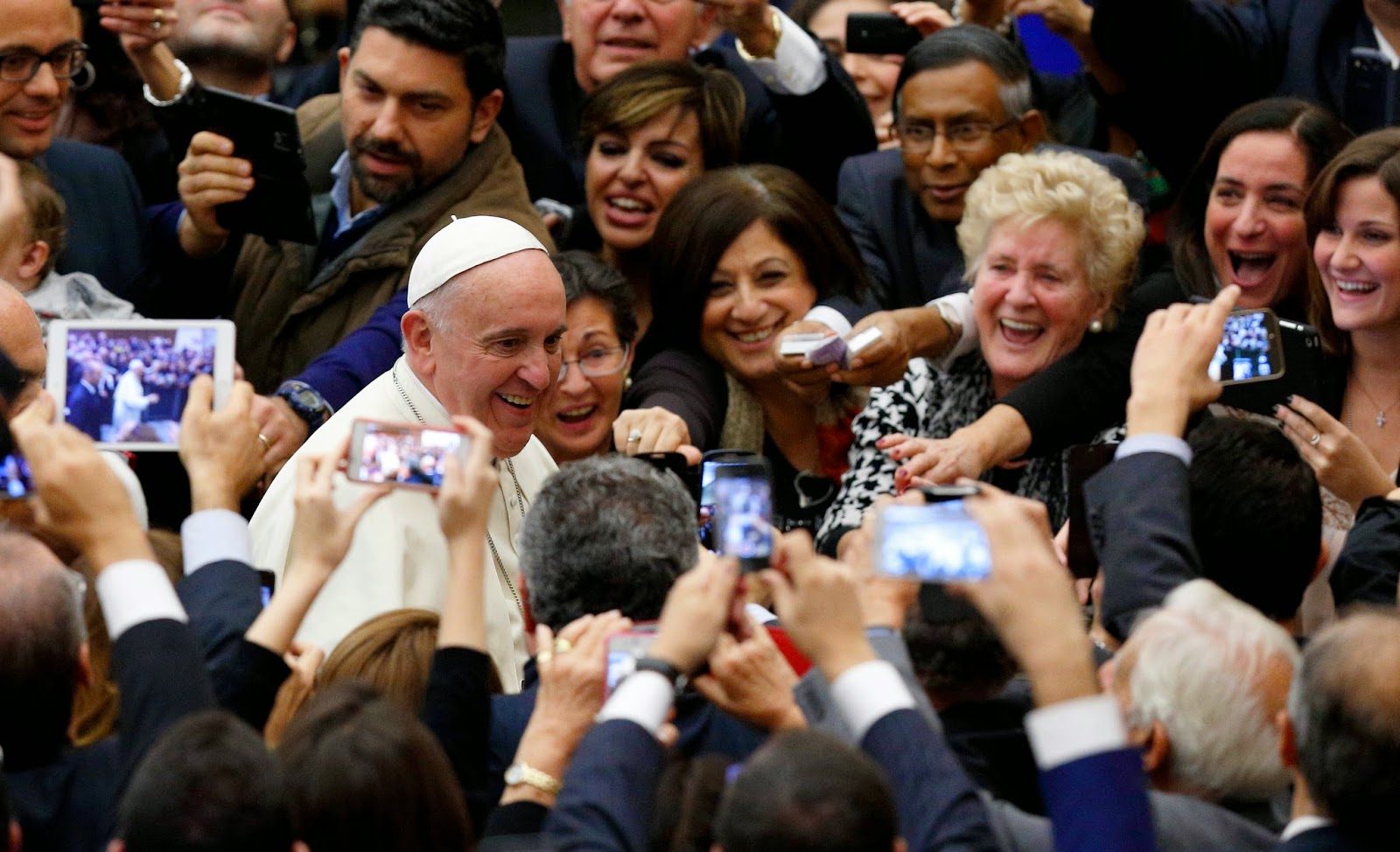 1. Pope Francis is coming to Philadelphia! This morning the pope announced his intention to travel to Philadelphia for the World Meeting of Families in September 2015. More information on the event, including how to register, is available online.

3. This Friday marks the 50th anniversary of the Second Vatican Council's Decree on Ecumenism. Father John Crossin, head of USCCB Ecumenical and Interreligious Affairs, blogs about the decree's call to all Christians to pray to the Holy Spirit for ongoing conversion that will lead to unity.

4. Did you miss the U.S. bishops' 2014 Fall General Assembly in Baltimore last week? Video on demand of all public sessions and media conferences is available online.

(CNS Photo/Paul Haring)
Posted by Don Clemmer at 9:37 AM