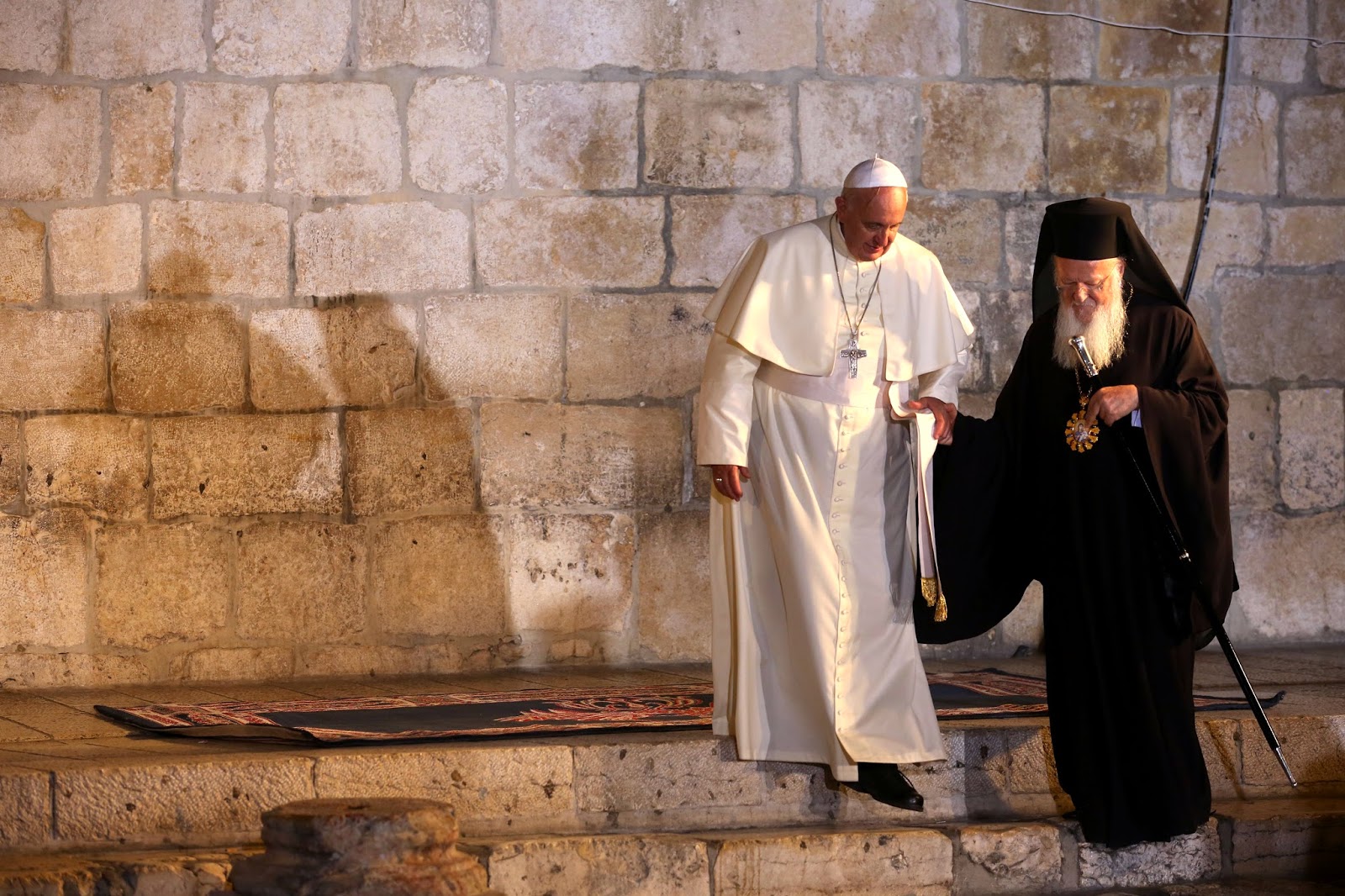 When the Second Vatican Council was convened, there had been virtually no relationship at all between the leadership of the Catholic Church and the Orthodox Churches of the East for over 500 years. The last time a pope and Patriarch of Constantinople had met was in 1438. But when he convoked the Council, Pope John XXIII made sure that the unity of Christians was high on its agenda. This was due in part to his personal experience during the years he lived in Bulgaria, Turkey and Greece as papal representative to those countries, where he gained an appreciation of Eastern Christianity.

In its final form, the Decree on Ecumenism (Unitatis Redintegratio) has a separate section dedicated to relations with the Orthodox entitled, “The Special Position of the Eastern Churches” (paragraphs 14-18).  These churches are special first and foremost because the Catholic Church recognizes the validity of Orthodox sacraments. In fact, since we share the same Eucharist and sacrament of Holy Orders, the Orthodox Churches “are linked with us in closest intimacy.” The decree goes on to praise the many spiritual and theological treasures that are found in the Christian East and recognizes that these churches “have the power to govern themselves according to the disciplines proper to them, since these are better suited to the character of their faithful, and more for the good of their souls.”  The decree also calls for a gradual realization of unity between Catholics and Orthodox, “especially by prayer, and by fraternal dialogue on points of doctrine and the more pressing pastoral problems of our time.”

The centuries-long icy silence between Catholics and Orthodox had already been broken in January 1964, when Pope Paul VI and Ecumenical Patriarch Athenagoras met in the Holy Land. Now the process of reconciliation was quickly moving forward. The excommunications of 1054 were “erased from the memory of the church” in 1965, and Pope Paul and Patriarch Athenagoras exchanged visits in Rome and Istanbul in 1967.

In 1979, an official theological dialogue between the Catholic Church and the Orthodox Church was established by Pope John Paul II and Patriarch Demetrios of Constantinople. It produced some important agreed statements in its early years, but has run into difficulty following the clashes between Catholics and Orthodox after the collapse of communism in Eastern Europe. It is now looking at the vexed question of primacy in our churches.

The most fruitful Catholic-Orthodox dialogue begun after Vatican II has been the one in North America.  Founded in 1965, it has produced about 30 agreed statements over the years on a wide variety of topics. Its most recent major study was its “Steps Towards a Reunited Church” document that outlines what a reconciled Orthodox and Catholic Church might look like and the role that the pope would play in it. In early June, it issued a brief agreed statement calling for the restoration of the faculty of Eastern Catholic bishops in North America to ordain married men to the priesthood. This would not only recognize an authentic Eastern Christian tradition, but would also serve as an assurance to the Orthodox (most of whose parish clergy are married) that the Catholic Church would respect their longstanding traditions.

Relations between Catholics and Orthodox have improved immeasurably since the Decree on Ecumenism was issued nearly 50 years ago. As Pope Francis and Patriarch Bartholomew put it so well in their Joint Declaration in the Holy Land in May, “While fully aware of not having reached the goal of full communion, today we confirm our commitment to continue walking together towards the unity for which Christ our Lord prayed to the Father so 'that all may be one' (Jn 17:21)."

Father Ronald Roberson, CSP is associate director of the Secretariat for Ecumenical and Interreligious Affairs of the U.S. Conference of Catholic Bishops. He is also a consultor to the Vatican's Congregation for the Oriental Churches. This post is part of a series commemorating the 50th anniversary of Unitatis Redintegratio, the Decree on Ecumenism of the Second Vatican Council.