A Personal Reflection on 'The Immigration Experience at the Border' 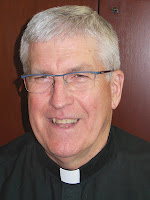 Immigration is certainly about employment—as I have always heard. These days it is also about freedom from fear and constraint. A powerful presentation delivered by Bishop Daniel Flores at the Christian Churches Together meeting in Austin, TX, last month pulled things together for me on immigration.

Before hearing him speak, I had talked to a few local residents here and read a little there but never had a sense of the complexity of the whole. His frank exposition, based on his experience in Brownsville, highlighted sobering realities about the immigrant experience that U.S. Christians must face when talking about just immigration reform.

What I learned is that immigration is frequently about flight from kidnapping for ransom, maiming, injury and death. The dynamics at the southern U.S. border have changed.  Many people come to the United States because of fear. The drug cartels in northern Mexico, funded by American dollars, have Mexican revenue streams as well. They kidnap residents of Mexico and people passing through from Central America. The kidnappers ask their relatives to pay ransoms. When that doesn’t work, we see news accounts of Mexican hostages found dead in their own country. Intense conflict between the government and the cartels continues unabated though it is not so much in the public eye these days.

The bishop’s presentation reminded me of how my great grandparents left Donegal in Northern Ireland for Philadelphia in 1869 so they could be free and could run their business without discriminatory British laws. My grandparents came through Ellis Island. There is no easy way for immigrants at the southern U. S. border to come across legally today.

Some who try to enter the U.S. become enslaved migrants—forced into human trafficking dominated by powerful illegal interests. Others who attempt to come illegally are often at the mercy of "coyotes" who sometimes abandon them in the desert to die.

Families are coming across the Rio Grande, legally and illegally, because of fear.  People want to live in a secure environment. When they arrive, they need to work. Some Mexican businesses are beginning to move to Texas as well, seeking the more secure environment they see in the United States.

What I find frightening is the insidious attempt to corrupt families – drawing youth 11 or 12 years old into the drug trade. They are offered $50 to carry drugs or serve as a "lookout." Bishop Flores speaks passionately about keeping families intact so that parents can guard their children against outside influences.

Evil has many guises. As the talk ended I realized that those who easily maim and murder, who corrupt youth and enslave the weak, present one of the faces of evil in our times. My hope is that reasonable and just immigration reform will alleviate the situation. But my trust is in Jesus’ message of life, which defeats these powers of sin and death.

Father John Crossin, OSFS, is executive director of the Secretariat of Ecumenical and Interreligious Affairs of the U.S. Conference of Catholic Bishops.
Posted by Don Clemmer at 3:29 PM