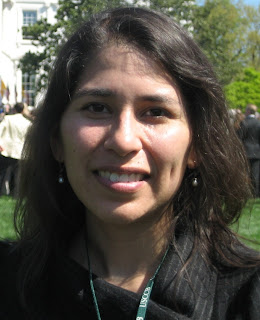 Pope Benedict XVI is sometimes called the “Green Pope” because of his environmental concerns, which are a hallmark of his papacy. He is not embracing a new cause, but calling Catholics to recover and live out the duty to care for creation that is anchored in Scripture, reflected in the lives of Francis and other saints and articulated in Catholic teaching.

Many may be surprised to learn of the pope’s extensive writings on the environment, including an entire World Day of Peace Message dedicated to this topic, and of his leadership in guiding the Vatican to reduce its carbon footprint. During his papacy, the Vatican installed solar panels on its main auditorium and is taking steps to offset its carbon emissions by participating in a reforestation project. The Pope even has an electric car designed for use inside the Vatican territory at Castel Gandolfo.

Pope Benedict has been most praised for simply bringing the importance of environmental concerns to the public’s attention. He has successfully built upon concerns raised by earlier pontiffs, and has been able to use his high profile to draw the attention of the international community.

Pope Benedict has shown a wonderful ability to articulate how interconnected and integral environmental issues are with other areas. He has woven this concern into many discussions of other topics such as development, the economy and globalization.  The pope is particularly concerned with the preservation of human dignity in the consideration of environmental questions, paying close attention to the needs of those who are poor and vulnerable. In his 2009 Encyclical, “Caritas in Veritate” (Charity in Truth) Pope Benedict reminds us, “The environment is God's gift to everyone, and in our use of it we have a responsibility towards the poor, towards future generations and towards humanity as a whole.”

---
Cecilia Calvo is the Environmental Justice Program Coordinator at the Department of Justice, Peace and Human Development of the U.S. Conference of Catholic Bishops.
Posted by Matt Palmer at 4:19 PM