Around the country, the Catholic Church is celebrating Catholic Schools Week Jan. 27-Feb. 2. During the week, the USCCB blog will feature entries from people who reflect on how their lives were and are impacted by Catholic education. Today, Sister John Paul Myers, the principal of Frassati Catholic High School in Houston, explains how a new Catholic school can improve a community. 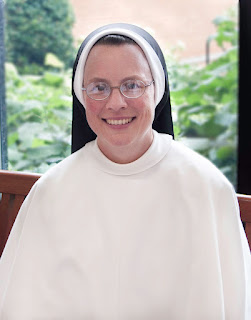 “You are our hope. The young are our hope.” These were the oft repeated words of Blessed John Paul II to the young people he encountered around the globe. On his travels he reached out to youth to urge them to open wide the doors to Christ. He saw in them the possibility of a deep faith that would transformation a culture he found increasingly without hope, without faith, without God.

Inspired by belief in youth, Catholics in north Houston are opening Frassati Catholic High School this August. Since 2007, local men and women have worked to raise the money and make the necessary preparations to open this school. They want Catholic high school education available to the young people of north Houston.

Catholic education is important to these people who feel the locality lacks something without a Catholic high school close by. They look at the signs of the times and felt a need for hope and faith for their youth. The founders see that Catholic schools are part of the New Evangelization, an opportunity to make the Gospel present both in the lives of individuals who will attend the school and in the community around them.

“Good characteristics of a founding student should include having a strong, solid relationship with God…”

“Being a founding member of Frassati Catholic High School means to me that I am a part of a new family, like a family member, I believe in Frassati.”

“As with any structure, the stronger the foundation, the stronger the structure. Being a founding member, to me, will afford me the opportunity to create, build, and contribute my individual input to the start of something that will last and continue to grow even after I leave.”

Graduates of Catholic schools have the tools to engage the culture and ultimately transform it. In north Houston a new class is coming to a new school. They seek to merge the idealism of youth with the ideals of the Church. They are getting ready for the new world of the New Evangelization.
---


Sister John Paul Myers is the principal of Frassati Catholic High School in Houston
Posted by Matt Palmer at 8:22 AM