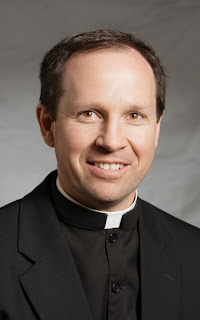 Pope Benedict has a deep love for the liturgy, and has been rather broad minded in the sense of holding the Church’s liturgical tradition—past and present—together in a healthy tension without a rigid uniformity.

He looks at the liturgy scripturally and theologically, which is why he has paid close attention to the translation of the Roman Missal. He has been criticized for expanding the use of the liturgy from before the Second Vatican Council, but this is consistent with his concerns for continuity rather than rupture.

Perhaps he has surprised some by his gentle, pastoral tone in teaching about the liturgy. He is not heavy handed in correcting or imposing, but is patient. He is less interested in revolution, than revealing the integrity of the Church’s faith, from the Apostles to Trent and Vatican II, up to the present. Historians will judge him for the theological course which he set for the liturgy through his teachings and his own manner of celebration.


The following is a list, in summary fashion, of some of Pope Benedict’s acts in the area of liturgy:

· In 2005, he did not renew the indult for laypersons to purify the Communion vessels;

· In 2007, he promulgated Summorum Pontificum, expanding the use of the Latin, or Extraordinary Form of the Mass;

· In 2008, he asked all the Bishops to cooperate in refraining from using the Divine Name (YHWH) in the liturgy;

· In 2008 he also created three new formulas of dismissal that emphasize the evangelical mission of those at Mass;

· In 2009, he promulgated Anglicanorum coetibus, which allows Anglicans who come into full communion with the Church to keep their liturgical traditions;

· Finally, he has insisted on a strict translation of pro multis (for many) in the Eucharistic Prayer.

Clearly celebrating the Mass and fidelity to its history and tradition has marked the papacy of Pope Benedict.

Father Daniel Merz is associate director of the Secretariat for Divine Liturgy.
Posted by Matt Palmer at 4:18 PM