Five Things To Remember On Feb. 7


1. Throughout this week, Archbishop Kurtz, USCCB staff and Catholic Relief Services staff have been in the Philippines seeing the devastation of the recent typhoon there. Catholic News Service shares these photos of the locals remembering the dead.

2. This photo made its way around social media during the last day and you have to wonder what Pope Francis was thinking. It's Pope Francis looking at a life-sized replica of himself made entirely out of chocolate in Paul VI Hall at the Vatican Feb. 5. Made of 1.5 tons of cocoa, the chocolate image was given to the pontiff during his general audience, according to Vatican newspape r L'Osservatore Romano. 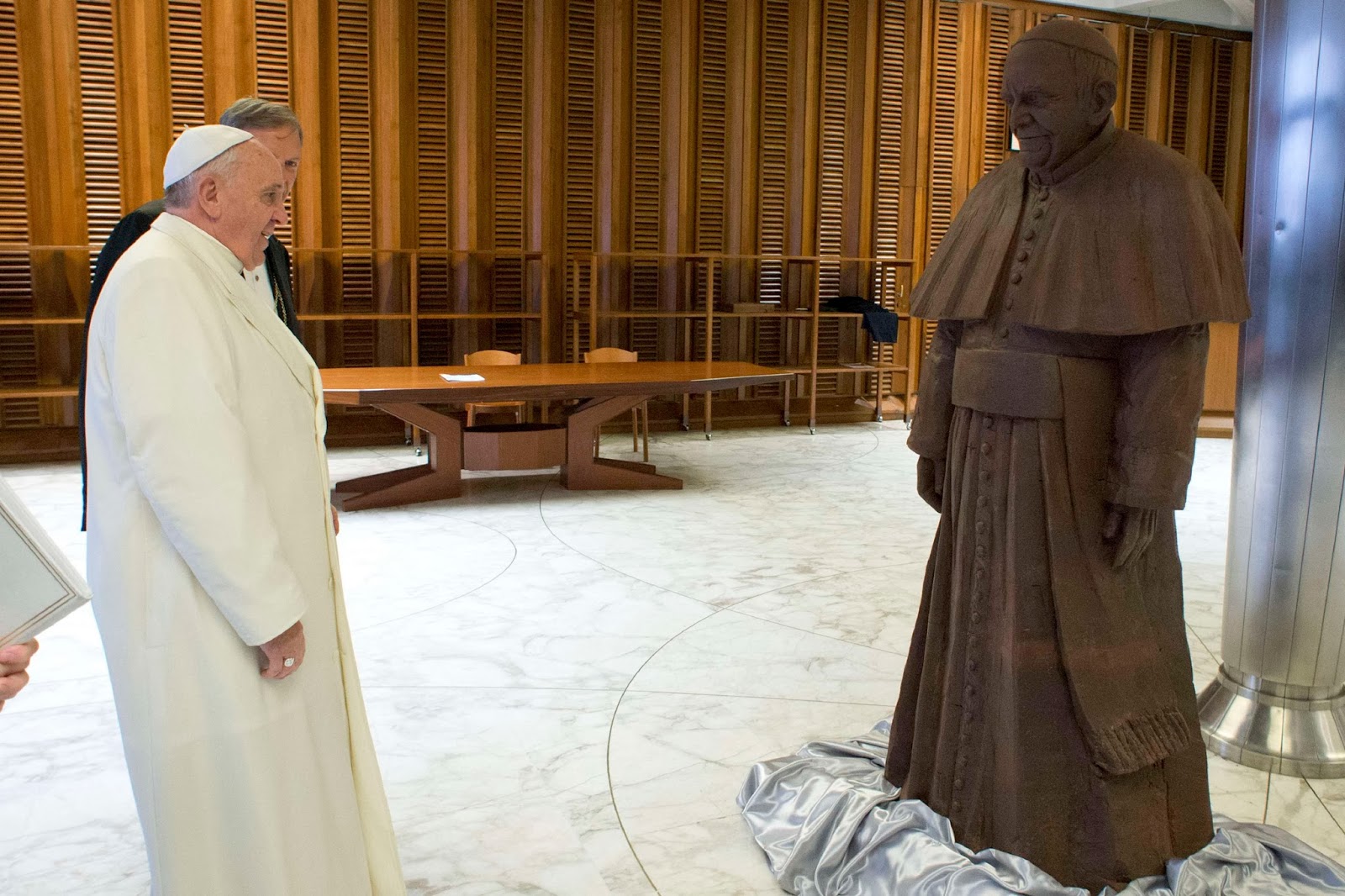 3. During February, we honor the contributions of African Americans and remember their struggle for civil rights, including four Catholic heroes who are on the road to sainthood. We also are asking people on social media to share their Catholic heroes with #MyCatholicHero.

4. On February 8th, the Church is asking Catholics to join others in prayer for victims of human trafficking and to learn about more ways to help.