Philippine Notes: Our Time With Tagle

One early highlight of the USCCB/CRS delegation's time in the Philippines this week was the Monday morning meeting with Cardinal Luis Antonio Tagle of Manila. Cardinal Tagle, 56, is one of the youngest cardinals in the world, and certainly one of the most aggressive adopters of social media from among the men who elected Pope Francis last year. 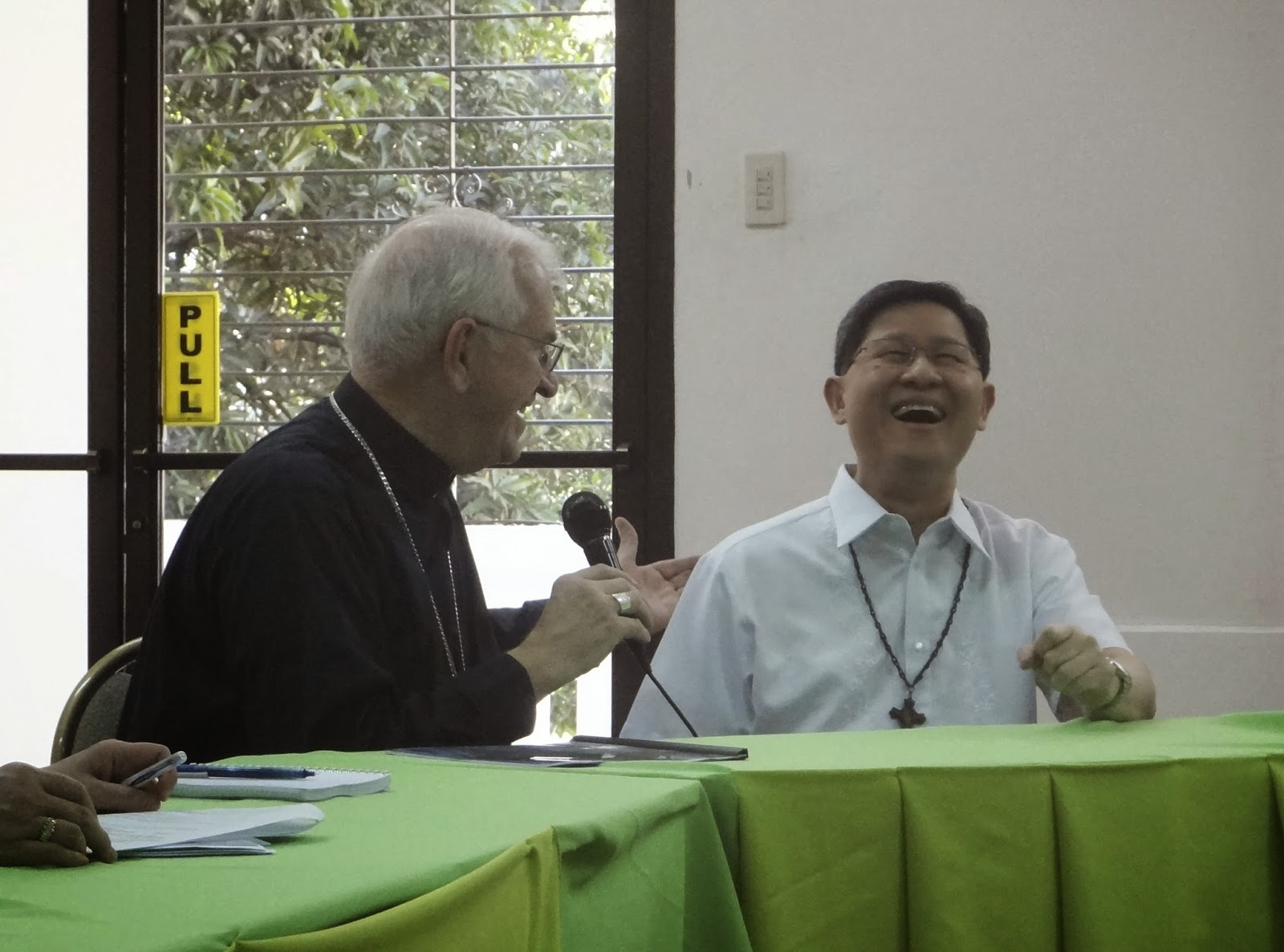 "We're used to having typhoons, earthquakes and volcanic eruptions. They're part of our daily fare," Cardinal Tagle quipped in his welcome, adding that the two islands hit by Haiyan/Yolanda have been particularly "hospitable to typhoons," but "we have not seen anything like this in terms of devastation." Even the people used to living through over 20 storms a year "were just stunned," he said.

The session with Cardinal Tagle preceded any tours of the areas affected by the typhoon, so it set the framework in many ways for what was to follow. 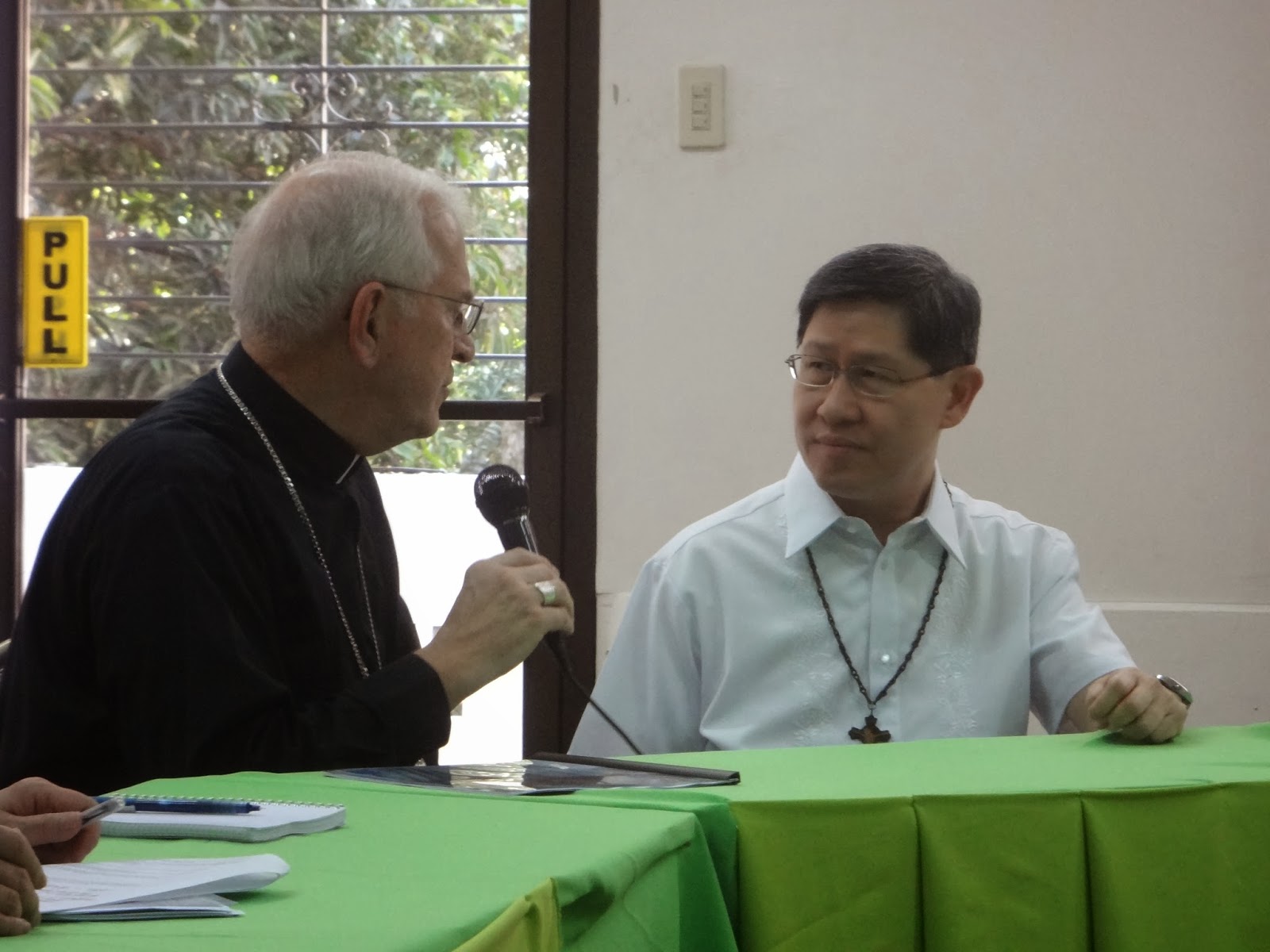 Cardinal Tagle said one consolation in the midst of the tragedy has been the support of Filipinos abroad and the support of the international community. The visibly moved Cardinal Tagle observed, "For a few days, we knew it was possible for the human family to be together, to be one, to feel for one another..." He expressed the hope that such good will and cooperation be sustained and not sporadic in the future.

He said he warned visitors to the storm-affected areas from viewing themselves as the strong visiting the weak, or helping "victims." His own experience was one of being inspired and filled with hope by the survivors of the storm, he said, and that he was forced to change his perceptions and priorities based on what he learned from the people.

It's a message Archbishop Kurtz has taken to heart and repeated over the last couple days of visiting the people in and around Tacloban. Pope Francis encourages all Christians to go to the margins and find Jesus there, and so, following Cardinal Tagle's logic, it would only make sense that we approach the people we meet as learners. 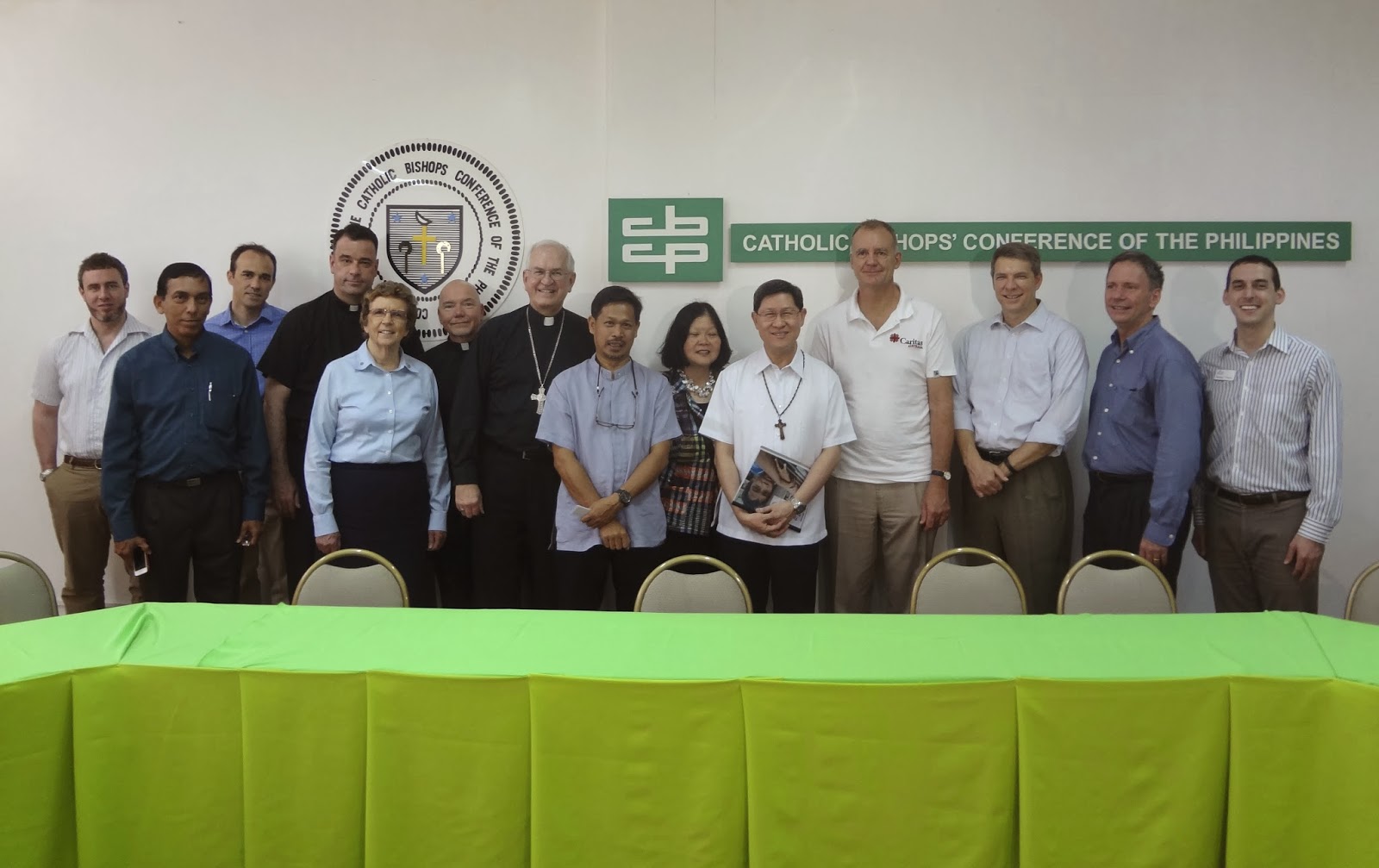