Asking God What He Wants 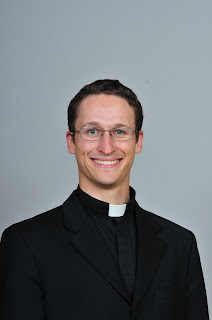 In 2004, I was a junior at Regis University in Denver and I went to Vigil Praise, which is a praise and worship service led by the seminarians at St. John Vianney Seminary in Denver. There I went to confession to a Dominican priest.After I confessed my sins, the priest told me his vocation story. I felt inspired by how God had worked in his life. Then the priest looked me in the eye and said, “Have you ever asked God what He wants you to do with your life?” I said no, and he told me that if I asked God what He wanted me to do with my life, God would tell me before the end of my junior year

I was super excited and ask God about His plans for my life. Every day I asked, “God, what do you think I should do?” I began going to daily Mass and to pray silently before the Blessed Sacrament. I began to search the Bible looking for God’s answer. I learned how to listen to God. After four months of intense prayer I worried that God was not going to answer me. But on December 12, 2004, a few days after my 21st birthday, I had a profound religious experience in which I saw my life flash before my eyes, and I saw myself as a priest, and I looked holy. After that I knew that the Lord was calling me to be his priest.

The next day I e-mailed Denver Archbishop Charles Chaput, to ask for a meeting. We had lunch at his house and I told him what happened. “I think God is calling you to be a priest,” he said. His confirmation of my discernment was a relief. He then connected me with a spiritual director whom I visited once a month for nine months.

In August 2005, as I was preparing to return to Regis for senior year, the spiritual director asked me if I would consider applying to the seminary this late in the game. Classes began in four weeks. I said I’d consider it, but it didn’t seem likely. He suggested I pray to the Blessed Virgin and ask her to open all the doors so I might be able to apply and be accepted by the seminary. If not, then I would simply return to Regis for senior year.

In the next six days I completed the entire 23-page application, 10-page autobiography, two essays on priesthood and celibacy, the physical exam, a four-hour psychological exam, and obtained recommendation letters from priests, friends and family. I had to do it all in six days, because I was set to go to World Youth Day in Cologne, Germany for two weeks. The day after we flew back form Germany I went to the seminary for a final board of review. That night, as I finally began to get over jet lag, I received an e-mail from Archbishop Chaput welcoming me as a seminarian for the Archdiocese of Denver. The Blessed Mother had opened all the doors!