The Pro-Life Movement: Illuminated by Technology 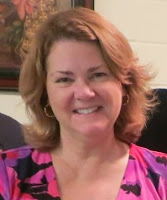 As we mark the dismal occasion of the 40th anniversary of the Roe v. Wade decision, my techy mind can't help but ponder the changes the world has gone through since 1973. The year abortion-on-demand became the law of the land, the bar code was invented, the first handheld cellular call was placed, and laser discs were all the rage. It was also the birth year for both Google co-founders, Larry Page and Sergey Brin, geniuses whose lives would dramatically impact our own, and whose mothers chose life.

More recent technological developments have made the prospect of falling in love with our unborn children seemingly more compelling than it's been since Elizabeth felt St. John the Baptist stir in her womb at Mary's greeting.

Pregnant moms today have access to ultrasound technology that delivers high resolution, four-dimensional images of their unborn children. A search for "pregnancy apps" in the iTunes store reveals scores of apps that help parents track a baby's developments from the moment of conception. One such app, Baby Center's My Pregnancy Today, provides images of fetal development designed by medical experts that help a mother watch a baby grow day by day.

Given tools like these, the typical pro-abortion arguments seem more difficult to defend than ever before. And it seems hardly coincidental that the advent of this technology coincides with statistical evidence of an increasingly pro-life culture. In 2009, a majority of Americans said they were pro-life, a first.

"I think technology that gives us a 'window to the womb' has had a significant impact on the abortion debate," says Josh Brahm, director of education and public relations for Right to Life of Central California. "Between 3D ultrasound images and documentaries like National Geographic's Biology of Prenatal Development DVD, intelligent people just can't bring themselves to call an unborn child a 'clump of cells' anymore."

Brahm also notes that pro-life activists aren't the only ones making these assertions, that atheist Christopher Hitchens said that "unborn child" is a real concept "underlined by all the recent findings of embryology." As someone who relentlessly savaged religion in favor of science and reason, it's difficult to write off Hitchens as someone trying to cloud scientific fact with a religious agenda (anti-religious, sure...).

In addition to apps and ultrasound technology, social media have given the pro-life movement a significant boost. While only half of Catholics are even aware of the presence their church has online, it's almost impossible to go on Facebook without seeing the endless stream of mom-to-be status updates, sonogram pictures, gender announcements, vlogs and other examples of pregnancy being celebrated, from its earliest weeks, as the joyful coming of another human being.

Ultimately, technology alone will not provide the answers we seek to the heartbreak of 55 million children lost to abortion. And yet armed with knowledge, with evidence, but most especially with conviction and compassion, we move forward. Each of us is called to be a part of the solution, to employ the tools in our hands, but especially the love in our hearts, to stem the tide of this tragedy.


Lisa M. Hendey is the founder and editor of www.CatholicMom.com and the author of A Book of Saints for Catholic Moms. She lives with her family in the Diocese of Fresno, California.

For the week of the 40th anniversary of Roe v. Wade, this blog is featuring guest posts by Catholic bloggers who participated in the November 2012 USCCB event, "An Encounter with Social Media: Bishops and Bloggers Dialogue."
Posted by Don Clemmer at 9:19 AM

I agree this news is quite hopeful. I think the KofC magazine stated that something like 90% of women who intended for an abortion, who see an ultrasound, hear a heartbeat of their unborn child, go back on their decision, which is wonderful news.

I would say that my generation, "Generation Y", seems to say, "I wouldn't go through with an abortion, but if someone else does then they should be able to." We see them as pro-lifers over their own bodies, but not of the others, almost like they say, "I wouldn't kill someone, but if someone else does that's their right." They're admitting defeat in being able to connect with other young people regarding moral decisions.

The other thing that preoccupies me is the overwhelming run-ins I've had with women who do not regret an abortion. Naturally I tread lightly, but their stories are all the same, "It was a medical issue. I do not regret it." I wish there was a way to encourage women to be brave and go through with a delivery, get at least 3 opinions of professionals before they go through with such an awful decision, but it seems like these women have no desire to go through.

The last note on my mind is this: I understand and encourage our Holy Catholic Church and the body of Christ to keep pushing our politicians to make murder in the womb illegal. I full heartedly support it. With this in mind, why can we not pursue legislation in the mean time to help stop the deaths by trying to pass a federal law that requires all women to have an ultrasound before they go through with an abortion?

Example: a mandatory, educational talk with an ultrasound specialist that says, "Your baby is x weeks old, is x mm long, heart rate is x," and then additional education such as "according to such and such progress, your baby has eyes, no eyelids yet, has all internal organs developed, xyz"

By the way, I'm a mom. My husband and I are pregnant with our first child. So I made this video for my family so they could hear their heart beat.
https://www.youtube.com/watch?v=05_5Q-jesz0