What Children Teach Us About Abortion 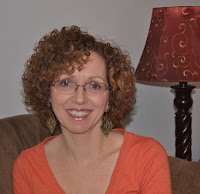 As deeply committed as I've been to the pro-life effort over the years--going on marches to Washington, standing up in college classes to argue my point, writing columns and feature stories and blog posts--I have to admit that the shock value of abortion can begin to fade when you fight the same fight year after year, decade upon decade. We know all too well the horrors of abortion, but after a while I have found myself getting numb to that harsh reality, tired of having to say the same thing over and over.

Enter my 12-year-old daughter, Olivia, who has not yet been jaded by the larger society's blasé view of unborn babies and its acceptance of abortion on demand. Children, it seems, know intuitively that there is something terribly wrong with abortion, something incomprehensible. They have not yet been entangled in the relentless drumbeat of "my body, my choice." They can still see clearly and with honesty.

It's not an easy thing, to sit down with your 10-year-old or 12-year-old or 16-year-old and talk about abortion. Even as a committed pro-lifer, discussing abortion feels like I am betraying them somehow, like my role in the adult human family ties me to this evil in our midst because I have been unable to stop it, because I have carried babies in my womb and should never ever become numb to the prospect of someone ending such a life. And my children stare at me incredulous, sure I can't be right about this, about the numbers, about the methods, about the reasons.

Up until now they've assumed--probably because they spend so much time in Catholic circles where people are mostly pro-life--that their view, our view is "normal" or popular, and I've had to tell them quite bluntly, especially as they begin to spread their wings and voice opinions in public, that they face an uphill battle, that they will be made to feel they are ignorant or intolerant or hateful because they believe a life that begins at conception should be protected and nurtured from that point until natural death. It's not easy to prepare your children for the awful words you know will be thrown at them if and when they decide to share their views as they get older. My 16-year-old son has already learned to be quiet in some instances at his public school rather than risk being branded a hater because he is pro-life.

What does that say about us, about our society, about this 40-year battle that shows no sign of letting up, especially in my own state of New York, where the radical so-called "Reproductive Health Act" is being pushed so fiercely by our governor that his State of the State address sounded more like a NARAL rally?


Mary DeTurris Poust has written for Catholic and secular publications for nearly 30 years. She is the author of six books, including the recently released "Cravings: A Catholic Wrestles with Food, Self-Image, and God" and "Everyday Divine: A Catholic Guide to Active Spirituality." She blogs at Not Strictly Spiritual and is the co-host of "Guided by Grace," a show for Catholic women on Telecare TV. She lives in upstate New York with her husband and three children.

For the week of the 40th anniversary of Roe v. Wade, this blog is featuring guest posts by Catholic bloggers who participated in the November 2012 USCCB event, "An Encounter with Social Media: Bishops and Bloggers Dialogue."