Following the joyous path of a vocation 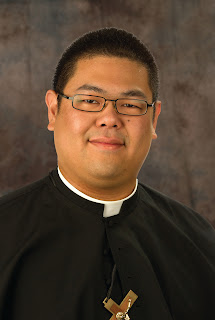 My understanding of my vocation began to develop in earnest when I was in high school.  Faith had been important to me while I was a child and I have always been drawn to the Church’s liturgical life, but it wasn’t until high school that I began to understand that what God calls us to is something much more than a job or a career, but a vocation.

The Holy Cross Brothers who taught me in high school lived their own vocation and showed my classmates and me that God gives us gifts and talents that are best used when we follow His will. Through their devotion to us, the brothers exemplified the vision of their founder, Father Basil Anthony Marie Moreau, that they be educators of both the mind and the heart.

The Brothers witnessed to the joy is found in religious life.  The vows and life in community never appeared burdensome but rather as a source of joy, giving them the strength to deal with nearly a thousand high school boys. Like most high schoolers, however, my thoughts then were far from a religious vocation.  I wanted to make a difference in the world, but I thought I would do that through a secular career.

In college I met Holy Cross religious again, this time in priests who ministered at the University of Notre Dame.  My faith continued to deepen and mature, I spent more time in prayer, I went to daily Mass when I could, and even began to serve as a Eucharistic minister, lector, and altar server.  I also continued to get to know the Holy Cross Congregation better through the priests who taught and ministered at Notre Dame.  I grew to appreciate their history, spirituality and charism.  In the lives of the priests I witnessed a commitment to the vows of poverty, chastity and obedience and a life in community that was combined with the sacramental ministry of a priest.

At Mass, I felt that God was calling me to explore life as a religious and as a priest.  Surely the life had its fair share of challenges (the 60 other freshmen and I in the Morrissey Manor residence hall were often a part of that challenge), but it seemed to be a life where those challenges often led to a deep joy.  I was far from certain that this was the life that God wanted me to live, but I had a sense that this was at least a life that God wanted me to explore further.

Early formation in the religious community was initially nerve-racking. There was much to learn and so many new experiences, it was overwhelming.  I had to remember that formation is a journey that doesn’t end in a week, or a month or even a year. Rather each day was an invitation in some small way to grow closer to the Lord and to follow His will.  I professed final vows and as I prepare for my ordination to the priesthood in a few short months, I do so with trust that the Lord has led me to the way of life that He desires of me and that He will continue to draw me closer towards Him throughout my life as a priest and religious.
---
Brother Brian Ching is a member of the Congregation of the Holy Cross and a transitional deacon.