Catholic School Expansion in the Year of Faith


Around the country, the Catholic Church is celebrating Catholic Schools Week Jan. 27-Feb. 2. During the week, the USCCB blog will feature entries from people who reflect on how their lives were and are impacted by Catholic education. Today, Jim Rigg, Ph.D of the Archdiocese of Cincinnati says Catholic schools are on the rise. 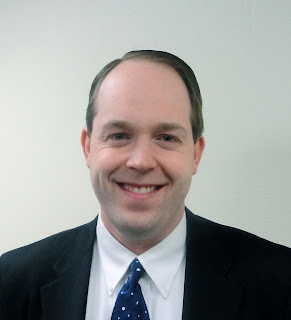 Catholic schools are thriving as we embrace Pope Benedict’s declaration of the “Year of Faith” and instill new energy and passion into Catholic schools. As superintendent, I  recognize many challenges that have faced our schools over the last decades. Nationally, enrollment has declined and many schools have shut their doors. In spite of this, I see a new momentum behind Catholic education and a willingness to innovate and think strategically for the future.

In the Archdiocese of Cincinnati, this year we unveiled a comprehensive strategic plan entitled “Lighting the Way: A Vision for Catholic Schools.” This Vision introduces dozens of initiatives designed to provide new support and accountability in the areas of Catholic identity, academic excellence, leadership, finances, marketing and governance. Most importantly, this Vision represents a renewal of support for Catholic schools and a commitment to provide a top-notch, authentically Catholic education for all who wish to come.

Our plan is not unique. Countrywide, schools, dioceses, universities and other groups are working similarly. Their efforts vary in design but are replete with energy, inspiration and innovation. I see the church embracing our schools like never before and making certain that they remain central to the wider mission of evangelization.

Several examples of this phenomenon stand out. Last year, the National Standards and Benchmarks for Effective Catholic Elementary and Secondary Schools was released. The document, which emerged from the work of educators from primary settings to higher education, conveys clear, aggressive expectations for successful Catholic schools. They encompass such areas as Catholic identity, academics and operational success. Simultaneously, an effort has begun to integrate Catholic identity with the emerging Common Core standards, a national movement to infuse our teaching with new rigor.

U.S. Catholic schools are experimenting with new models of instruction, such as blended learning or STEMM (Science, Technology, Engineering, Math, and Medicine). One successful school in Cincinnati stands as a global magnet school, where students take multiple foreign languages, travel overseas as part of their education and experience global awareness in every class.
Catholic schools continue to fully embrace a mission to the underprivileged. In many cities, urban Catholic school enrollment is growing exponentially. The number of Latino students is increasing. Success rates in serving the poor, as measured by religious and academic data, remains far above other schools. We are breaking the cycle of poverty.

Most significantly, we are experiencing a renewal of the evangelizing mission of Catholic education. Our schools must live and breathe the Catholic faith, no matter the school population.  We are commissioned to spread the Good News of Christ to the next generation, and our schools are finding new ways to engage students in a changing world.

Nevertheless, Catholic schools are not without substantial challenges. The economics of running a Catholic school are complex. However, there is growing support for Catholic education, punctuated by innovative and forward-thinking efforts by educators, parents and supporters. Catholic school education has always been blessed by God. As we move toward a new future, I know God will continue to bless our endeavors as we build schools filled with faith.
---
Jim Rigg, Ph.D. is Director of Educational Services and Superintendent of Catholic Schools for the Archdiocese of Cincinnati.