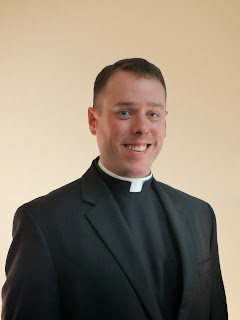 Every seaman has a good sea story. So there I was…hundreds of feet beneath the surface of the ocean, wondering, what am I doing here?

My grandfathers served over 30 years in the Navy; my father served for 33. Among the four of us, we have over 100 years of naval service. One grandfather, Vice Admiral Charles S. Minter, served as commanding officer of the USS Intrepid and the superintendent of the Naval Academy. He thought I would attend the Naval Academy – and so did I. However, at that time I was struggling with my vocation and I enrolled at the University of Notre Dame.

During my first year, while a midshipmen of the Navy ROTC unit, I considered joining the Holy Cross order at the university. Nevertheless, I persisted with the Navy. I was challenged by my commanding officer to pursue submarines. I attended the interviews, made my way through nuclear power school, and eventually earned my dolphins aboard USS CONNECTICUT (SSN 22). The “fish” award indicates a seaman can call himself a submariner and knows every valve and every system on the boat – from the nuclear reactor to the periscope to the sonar. (After the years of work in nuclear power school, and the boat, they'll have to pry it out of my cold, dead hands).

I enjoyed my time on board SSN 22. I met shipmates with whom I am still in contact. I served as the reactor controls assistant, assistant engineer, photo-intelligence officer, and assistant operations officer. It felt privileged to serve in those capacities, but the call of a vocation to the priesthood never left me.

I needed more time and space to pray over this decision. I accepted a position in the middle of the desert of Nevada, at NAS Fallon, as the Tomahawk Land Attack Missile Subject Matters Expert. I taught classes and wrote the tactics manual for the missile. Meanwhile, at home I contacted the vocations director of the Diocese of Arlington, Virginia. He called back five minutes later.

That sea story ends. It was an absolute privilege to serve in the U.S. Navy. Now I look forward to rejoining the fleet as a chaplain, should I be called. I see the need for qualified priests to join the armed forces to advise and to provide and facilitate care for U.S. military men and women as well as the intelligence services.

The nation places a heavy burden on service men and women to guard our country – even at the expense of their own lives and the lives of their families. It makes me want to return to serve them, so they may serve their nation and God in the interest of peace. 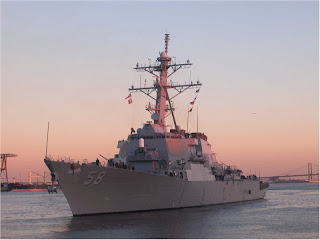 I was baptized by Father Jake Francis Laboon, at the Naval Amphibious Base in Little Creek, Virginia. He gained such acclaim as a pastor in the Navy, that the United States named a ship after him. I seek to share in the selfless service exemplified by those that who have gone before me – Father Laboon, and two chaplain Medal of Honor winners being considered for sainthood by the Church, Father Vincent R. Capodanno, and Father Emil Kapaun.

None of them lived for themselves. Instead, in Jesus’ name, they chose to pick up not just their own crosses, but also the crosses of the people in their care.

Sea stories come and go, of course, and in those waters we’re blessed when we meet valiant servants of the Lord.

Deacon James Hinkle is from the Diocese of Arlington, Virginia, and a student at the North American College, Rome.