President Kennedy and the Vocation of Politics 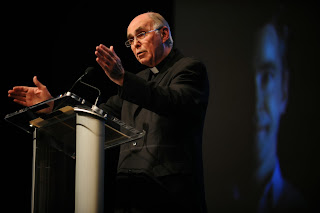 As the first and only Catholic President, John F. Kennedy’s election marked a turning point in presidential history. He knew his Catholicism would shadow his campaign. Yet, he was determined, as he put it, not to be the Catholic candidate but the Democratic Party’s candidate for the presidency. However much he sought to focus on the secular issues rather than the “religious issue,” the debate about his faith followed him, so he took his case to the heart of the Bible belt, Houston, to a meeting of Protestant (mainly Baptist) ministers.

Evaluations of his address continue to this day. The immediate response was that the encounter in Houston was a strategic success, a statement about religion and politics that fitted securely within the ambit of the First Amendment. Many believed it was crucial to his election. Within a generation, the address was a point of contention rather than a consensus statement. By the 1980s religion had taken on new visibility and salience in U.S. politics. In election after election religious affiliation and party participation had grown to the point where Robert Putnam (American Grace) and others argued that frequency of church attendance was a dominate predictor of party affiliation.

Within the Catholic community, which had voted overwhelmingly for Kennedy, some argued that in his drive to demonstrate his independence Kennedy had split asunder his religious convictions and his conception of presidential responsibility. Other Catholic voices stressed the severe test Kennedy faced in Houston and in the election and recognized the necessity of his drawing firm lines in the complex field of the U.S. constitutional context.

Beyond the Catholic community a broader debate about the address was whether any presidential candidate could separate religious conviction and constitutional responsibility as sharply as Kennedy had. Today, liberals and conservatives, evangelicals and secularists, all seem to want (for different reasons) exact answers to discrete questions about faith and politics. Some want a comprehensive accounting of faith positions; others want only a “private” role for faith; others lament the whole debate of faith and politics.

Once elected, Kennedy catalyzed a generation’s interest in public service. He advocated a broad range of policies and programs, many of which took longer than his lifetime to be realized. If the Houston address symbolized the religion-politics issues, Kennedy’s Inaugural Address set out his conception of “the long twilight struggle” ahead.

The single event which carries his legacy in U.S. history is the Cuban Missile Crisis in October 1962. Usually regarded as the closest the U.S. and Soviet Union came to nuclear war, the crisis tested not Kennedy’s religion but his strategic determination and sense of ethical restraint. Like the Houston address, successive decades have brought revisionist accounts of his handling of the crisis. While the dominant view still securely regards his actions as necessary and yet restrained and his management of the crisis as brave and effective, the broader debate runs from positions that he conceded too much to his following a policy of reckless risk.

Kennedy’s administration left a legacy of strategic concepts which came to be regarded as the baseline for managing the nuclear age. Catholic voices from the papacy to parishioners have repeatedly called for going beyond managing nuclear weapons to abolishing them. Support for this has expanded in our time. But the means and methods to achieving this goal still draw heavily on the Kennedy legacy.

In retrospect, I found the Houston address a bit too absolute in its separation of religion and politics, but I believe the time required a position very close to what Kennedy adopted. Likewise, I believe a new century should find a more secure answer to the nuclear age, but a better answer will depend on the Kennedy legacy.

---
Father J. Bryan Hehir is a priest of the Archdiocese of Boston and the archdiocese’s secretary for health and human services. He also serves as a faculty member at Harvard’s Kennedy School of Government.

---
To read more in this series, visit "Looking back on the first Catholic president, John F. Kennedy"
Posted by Matt Palmer at 3:57 PM