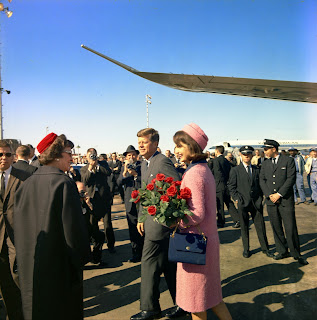 This blog will feature posts by four scholars looking back on the contribution of America’s first and only Catholic president. The posts will run Nov. 18-21, leading up to the Nov. 22nd anniversary of the assassination.

Father J. Bryan Hehir, a Boston priest and professor at Harvard’s Kennedy School of Government, who looks at Kennedy’s famous Houston address that centered on the President’s responsibilities to his religion

Father Daniel Coughlin, a Chicago priest and the first Catholic chaplain of the U.S. House of Representative. Father Coughlin looks at Kennedy’s gift of language and the art of prayer.

Margaret O’Brien Steinfels, former editor of Commonweal Magazine, recently retired from the Fordham Center on Religion and Culture. Steinfels looks at the values that Catholic politicians once brought to politics—rational argument and respect for institutions—now drowned in the passions stirred by the culture wars and political polarization.

John Carr, director of the new Initiative on Catholic Social Thought and Public Life at Georgetown University and Washington correspondent for America Magazine. Carr served as the director of the U.S. Conference of Catholic Bishops’ justice and peace work for more than 20 years. He reflects on the lifelong impact of the first Catholic President on a pre-teen Catholic.
Posted by Matt Palmer at 3:57 PM