Growing Up With Kennedy: A Ten Year Old Remembers 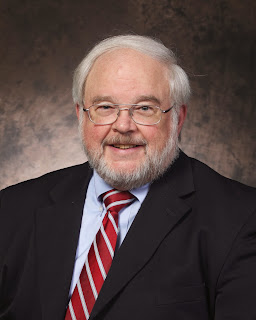 A half century is a long time, but I remember meeting John F. Kennedy when I was 10 years old. Meeting might be a little strong. After watching the motorcade, a family friend took me to a fundraiser, but we couldn’t get in. We found our way into a back hallway and Kennedy’s outstretched hand.

Kennedy’s narrow election was a sign of Catholic acceptance and achievement. I came from a bipartisan home, but we watched Kennedy’s rise and made it our own. I was obsessed with Kennedy, watched the convention, debates, election returns and inauguration. I continued to watch his speeches and press conferences, his leadership in times of crisis and his confident style and humor.

The hope President Kennedy represented for our nation was matched by a different leader named John who represented renewal for our Church. John XXIII also made us proud to be Catholic. It was a time of optimism for the two institutions that made us who we were: Catholic and American. Those two Johns shaped my life and guided my work at the intersection of faith and public life, recognizing in Kennedy’s inaugural address “here on earth God’s work must clearly be our own” and in challenge of John XXIII that Christians must be a “point of light in the world and a leaven” in society. (Pacem In Terris).

On the day John F Kennedy was assassinated I was 13 and home sick. I watched Walter Cronkite announce his death and turn away to hide his tears. I could not hide my tears. I could not believe that our young, vital President, my hero, was gone. I read and collected the coverage, his speeches and JFK biographies. We learned there was a dark side of marital infidelity, hidden illness, political calculation and hesitation, but what we remember most is a legacy of service, idealism and that politics can make a difference. Those values and their links to Catholic faith are at the heart of our new Initiative on Catholic Social Thought and Public Life at Georgetown.

Last fall, I had a fellowship at the Institute of Politics of the John F. Kennedy School of Harvard University. The Kennedy legacy was alive and powerful. At Thanksgiving, my adult children stayed in the restored dorm room where John Kennedy lived as a Harvard senior. At the Kennedy Library, I tried to explain what it was like to be young, Catholic and American and to see our identities come together in a leader of great skill, humor and style. He inspired us, challenged us to serve others, to seek new frontiers, to go to the moon, to honor the rights of all. I don’t think they understood, but they could see in me, the grown up 10-year-old he touched, the sense of pride and the sense of loss we felt 50 years ago.

In fact, a half century later when I recall John F. Kennedy, how his life made us proud and his death broke our hearts, what was and what could have been, it still brings a smile to my face and a tear to my eye.

John Carr is the Director of the new Initiative on Catholic Social Thought and Public Life at Georgetown University. He also is the Washington correspondent for America Magazine and served as the director of the U.S. Conference of Catholic Bishops’ justice and peace work for more than 20 years.