Criteria to Award the Medal of Honor 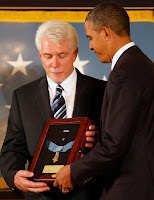 The Medal of Honor is the highest military award for bravery that can be given to any individual in the United States of America. Conceived in the early 1860’s and first presented in 1863, the medal has a colorful and inspiring history which has culminated in the standards applied today for awarding this respected honor.

In their provisions for judging whether a man is entitled to the Medal of Honor, each of the armed services has set up regulations which permit no margin of doubt or error. The deed of the person must be proved by incontestable evidence of at least two eyewitnesses; it must be so outstanding that it clearly distinguishes his gallantry beyond the call of duty from lesser forms of bravery; it must involve the risk of his life; and it must be the type of deed which, if he had not done it, would not subject him to any justified criticism. 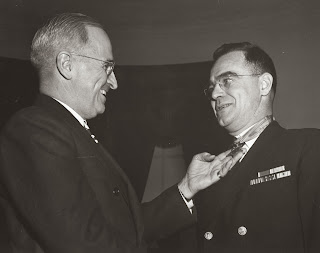 Source: Congressional Medal of Honor Society
Posted by Matt Palmer at 11:53 AM