Thanks for Pope Francis 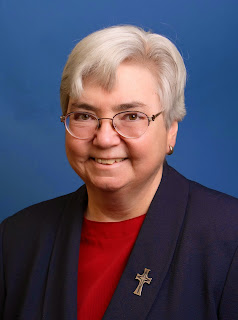 It’s the time of year to think about what to be thankful for.

Top of my list is Pope Francis, who has brought new life to the Catholic Church. It seems like we’re in a bit of a renaissance. People who had written off the church are taking time to pause to hear the church’s message – a tried and true message now told in a different way. People of other faiths want to talk about Pope Francis. I have a no-nonsense physician, who is Jewish. She’s the in-and-out type, with no time to spare. Until the last time I saw her and she wanted to talk about the pope. I wound up late for work.

The other day I heard a telling anecdote. Sister John Mary Fleming, the Dominican nun who is the bishops’ secretary for education, was in an airport security line. She felt someone tugging on her habit and turned. “What do you think of him?” the stranger asked. “I like him,” she answered. “What do you think of him?” Meanwhile a man a couple people back, joined the conversation: “Are you talking about Pope Francis?” he queried. And the conversation was off.

We’re hearing plain speak from the papacy. From the start the pope’s said we need to be a church this is poor and for the poor. He speaks in practicalities: wasting food is like taking it away from the poor, he says, for example.

He uses images we can understand; he says he is like a doctor – he offers healing, he prescribes the rosary. He says priests should be so united to their people that they smell like the sheep.

He offers homespun humor, such as papal advice to a mother hoping her son will soon get married: “Stop ironing his shirts.”

“He acts like a parish priest,” a cleric told me. That’s a shot-in-the-arm for a cadre of men who have been bruised over the last decade because of the sexual abuse crisis, culture wars, and general anti-institution attitude in society. 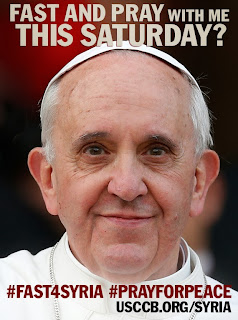 Media are looking for hard evidence of the Francis effect. They want data. But it is too soon for that. Anecdotes abound however. Priests report people returning to the Sacrament of Reconciliation. Church-going Catholics report seeing strangers at Mass. Such things occur after disasters like 9/11. Can a new pope’s message of love have the same emotional impact as being terrified by something you fear is a precursor to Armageddon? Does this suggest love is stronger than fear?

There is something exciting here and it’s one more reason to give thanks this year.