Five Things To Remember On Jan. 29

1. The Associated Press reports, "The House voted Tuesday to bar federal subsidies to Americans signing up for health insurance plans that cover abortion." Before the vote, Cardinal Seán O’Malley of Boston, chairman of the Committee on Pro-Life Activities of the USCCB, called the bill “one small step toward a society that promotes life and not death for unborn children and their mothers.”

2. The chairmen of the U.S. Conference of Catholic Bishops’ Committees on Domestic Justice and Human Development and International Justice and Peace, along with representatives of Catholic Relief Services (CRS), Catholic Charities USA, the Society of St. Vincent de Paul and Catholic Rural Life, responded to the agreement of the Farm Bill Conference Committee, commending their ability to set aside partisan differences to advance a farm bill.

3. Our guest blogger today looks at how Catholic education gets more bang for the buck.


4. Have you seen this graffiti of Pope Francis on the Roman streets yet? 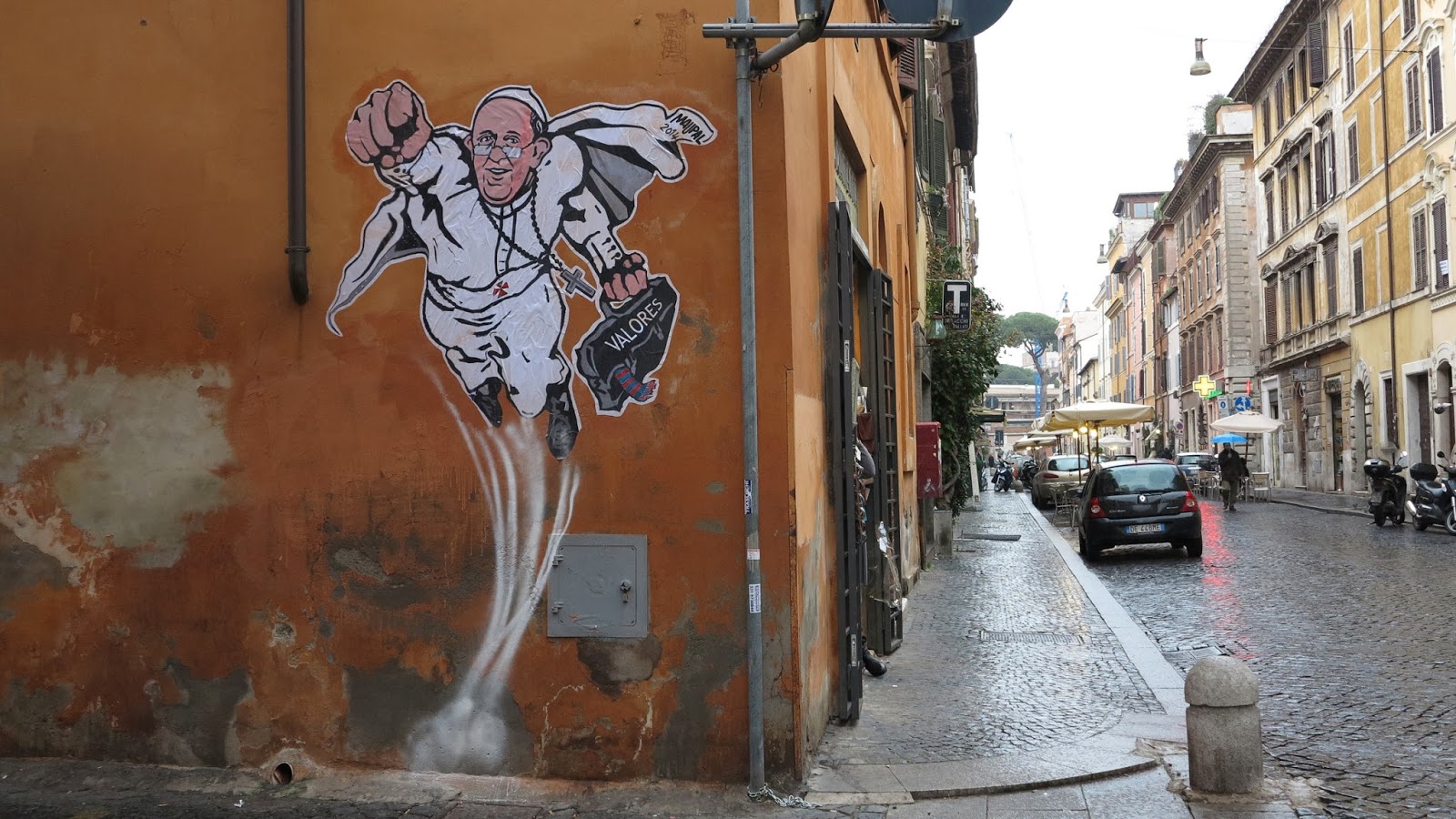