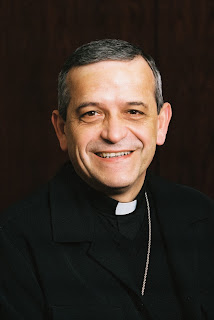 In 1986, Congress passed the Immigration Reform and Control Act (IRCA), the last law in this country that provided legal status and citizenship to undocumented immigrants. Although decried by some as a failure, a positive side-effect of the law was the impact it had on wages and upward economic mobility of immigrant workers.

To explain, the wages for undocumented workers who gained legal status under IRCA increased 15 percent in the five years after it was enacted. Why? Because these newly legalized workers were better able to assert their rights in the workplace, all employers were forced to play by the same rules and pay them a competitive wage.

Over the long-term, the IRCA legalization led to a reduction of poverty among immigrant communities, as beneficiaries garnered education and skills and obtained higher paying jobs. For example, 27 percent of IRCA immigrants age 16 to 24 lived below the federal poverty line in 1990; by 2006, only 15 percent lived below the poverty line.

Passage of immigration reform in 2014 likely would have the same impact. Because of their lack of legal status, approximately 20 percent of undocumented workers (and their families) in low-skilled industries today live below the poverty line. A University of California Los Angeles (UCLA) study showed that for the three years following a legalization program, undocumented workers would experience an increase in net income of $30 to $36 billion. This would have benefits for all U.S. citizens because it would generate $4.5 to $5.4 billion in tax revenues and consumer spending sufficient to support nearly 900,000 jobs.

Immigration reform is a win-win for both immigrant workers and their families and U.S. citizens. Keeping undocumented workers in the shadows limits their ability to fully contribute to our economy and prevents them from climbing out of poverty. This harms the whole community, as immigrants and their children – the future leaders of our nation – miss the opportunity to reach their full God-given potential.

Bringing them out of the shadows would allow undocumented immigrants to obtain an education, start businesses, and create jobs, a long-term economic benefit to our nation. More importantly, it would allow them to live in dignity, as full members of our nation.

As our elected officials consider immigration reform, they would be wise to include a path to citizenship, so that undocumented immigrant workers can help grow the future economy and benefit all Americans.

Bishop Eusebio Elizondo, MSpS, a member of the Missionaries of the Holy Spirit, is auxiliary bishop of Seattle and chairman of the U.S. Bishops’ Committee on Migration.

Immigration is a concept that is widely talked about and debated. In the past five years, there have been about 8 million immigrants that came to the US, a statistical high, which has stirred much public debate.