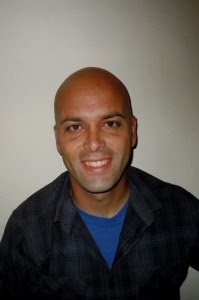 For the last eight years, my colleagues and I at School of Faith, a public association of the faithful that offers doctrinal and spiritual formation for Catholics through catechetical programs, have spent most of our time forming the faculties of Catholic schools throughout the Archdiocese of Kansas City, Kansas.

The formation consists in an unusual combination of retreat, catechetical instruction, discussion and sometimes even apologetics. We work to form lay faculties of Catholic schools not only in a Catholic mindset, but also in a holistic Catholic life of fidelity to the Church, comprehension of doctrine and intimacy with Jesus.

It’s a tall order that keeps us humble. Teachers can be tough to teach. Some schools are eager and welcoming at the outset; others take time to warm up to the idea of regular formation. But as different branches in the diocese have come together, there’s been a significant shift in the self-awareness of Catholic schools, a new appreciation of what it means to be a Catholic school.

A Catholic school, like every other Catholic initiative, exists primarily for the sake of holiness. It doesn’t exist primarily to get kids ready for college. It doesn’t even exist to give a kid a well-rounded education. As Hilaire Belloc wrote in the 1920s, “It is good to be able to read and write and cast up simple sums; it is better still to know something of the past of one’s people, and to have a true idea of the world around one. But these are nothing compared with the Faith.”

In sessions with faculties we try to give solid exposition and explanation of Church teaching. We hone in on controversial or confusing questions, and try to give really compelling answers, so that the teacher can answer the students’ questions with confidence and conviction.

But we also know the teacher’s influence on a student isn’t just intellectual. Often when a teacher changes a student’s life it isn’t in a question-and-answer context; it’s in a one-on-one context. In those situations teachers don’t just need factual knowledge about the faith – they need to know the Lord. They need to have the relationship with Christ that allows Christ’s love and truth to pass through the teacher to the student.

Which is why forming lay faculties in sound Catholic teaching means forming them also in prayer and encouraging and supporting them in their own relationship with Jesus.

Because, ultimately, only Christ Himself can transform the life of a student, or form the mind and heart of a teacher, or renew a Catholic school.

John-Mark Miravalle has been a School of Faith instructor since 2005 and holds a doctorate in theology from the Regina Apostolorum in Rome. He teaches adult parishioners and Catholic school faculties and offers classes to University of Kansas students at the St. Lawrence Center.