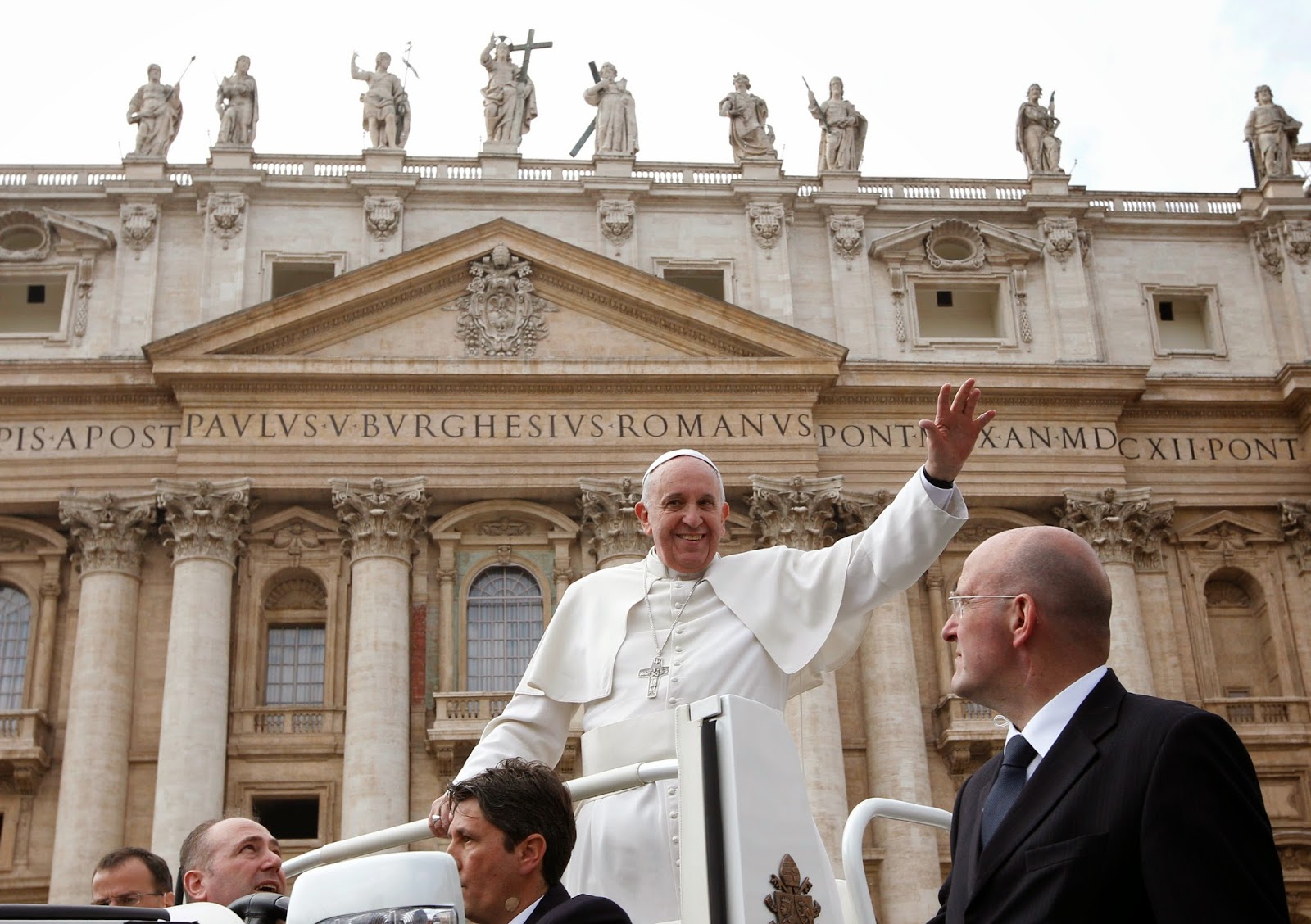 1. Today is the Feast of St. Joseph. At his Wednesday audience at the Vatican Pope Francis sent special greetings to all the fathers of the world, thanking them for what they do with their children. "Be close to your children" - the Pope said - "they need you. Just as St. Joseph was close to Jesus in his physical, psychological and spiritual growth, you too must be guardians in age, wisdom and grace."

2.  The U.S. bishops have designated the Washington-based facility dedicated to Pope John Paul II as a national shrine. Beginning April 27, the day set by Pope Francis for the canonization of Pope John Paul II. The shrine will be known as the "St. John Paul II National Shrine." The Knights of Columbus took ownership of the facility in 2011 to create a shrine dedicated to John Paul II and his contributions to the Church and society. A centerpiece of the shrine will be a relic consisting of a vial of John Paul II's blood. The shrine's lower level will feature a 16,000-square-foot permanent exhibition on the pope's life and teaching slated to open later this year. The main floor will be converted into a church and the current chapel will serve as a reliquary chapel. Both will feature floor-to-ceiling mosaics.

3. Interest is growing in the visit of President Barack Obama to Pope Francis at the Vatican, March 27. Meetings between U.S. presidents and popes have a long history, which we outline on our blog.

4. Father John Crossin, an Oblate of St. Francis de Sales and head of the USCCB Secretariat for Ecumenical and Interreligious Affairs, offers a brief video reflection on St. Joseph as part of the USCCB's daily video reflections on the Scriptures of the Day.