Note: This post is an update of an earlier piece we wrote in anticipation of President Obama's July 10, 2009 meeting with Pope Benedict XVI. 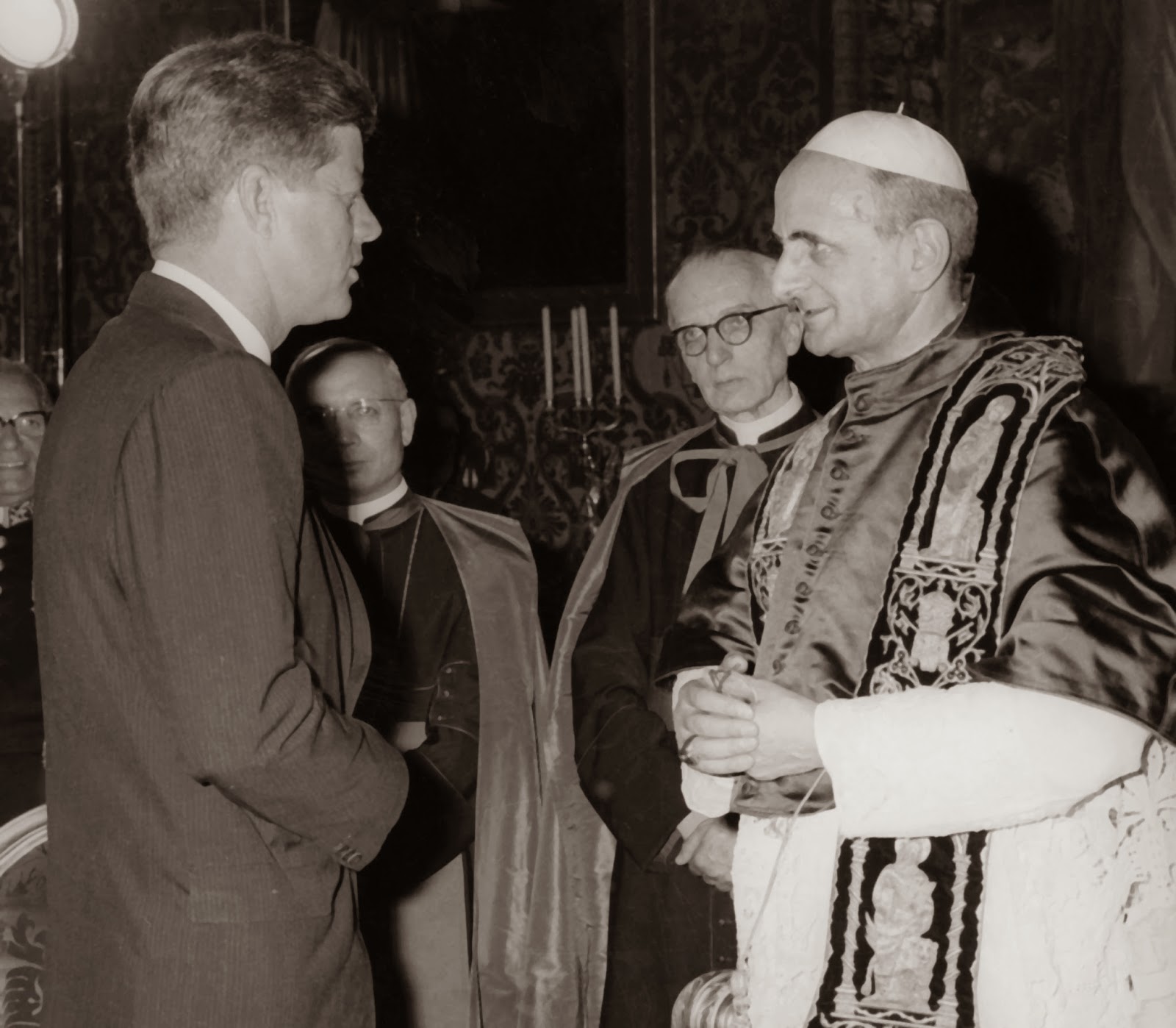 President Obama's upcoming meeting with Pope Francis at the Vatican, March 27, marks the 28th time  a sitting U.S. President has met with a pope. The meetings, which will now include 12 presidents and 6 popes, are replete with historical odds and ends:

1. Woodrow Wilson met Benedict XV, the Vatican, January 4, 1919. Meeting just after the end of World War I, Wilson had pushed for a lasting peace via his League of Nations proposal, and Pope Benedict had been a powerful advocate for peace throughout the war.

2. Dwight D. Eisenhower met John XXIII, the Vatican, December 6, 1959. Following a 40-year hiatus, this meeting would begin in earnest the precedent of every pope (except John Paul I) and every president meeting. While apparently very genial, this meeting also faced the challenge of Eisenhower not knowing Italian and John XXIII not knowing English.

4. Lyndon Johnson met Paul VI, New York, October 4, 1965. This meeting took place in the historical context of the first visit by a pope to the United States. Paul VI would visit and address the United Nations while he was in town.

5. Lyndon Johnson met Paul VI, the Vatican, December 23, 1967. This was the first repeat encounter between a particular pope and president. Johnson's record will be matched by Nixon and shattered by the likes of Reagan, Clinton and George W. Bush. Pope Paul will go on to meet two more presidents.

12. Ronald Reagan met John Paul II, Fairbanks, Alaska, May 2, 1984. Pope John Paul was stopping to refuel on his way to Seoul. President Reagan was on his way back from China. While quick and in passing, this meeting still allowed the two to speak about the pressing issues of the time. It also followed shortly after the U.S. and the Holy See formally opened diplomatic relations.

20. Bill Clinton met John Paul II, St. Louis, January 26, 1999. President Clinton met with the pope more times on American soil than any other president. Of course, one could argue a traveler like JPII made it easy for him.

21. George W. Bush met John Paul II, Castel Gandolfo, July 23, 2001. This is the first and only time a pope received a president at the papal summer residence in Italy.

24. George W. Bush met Benedict XVI, the Vatican, June 9, 2007. It's worth noting that Bush, along with former Presidents Bush and Clinton, also attended the funeral of Pope John Paul II in April of 2005, which was also attended by then-Cardinals Joseph Ratzinger and Jorge Mario Bergoglio, S.J., the future Pope Benedict XVI and Pope Francis, respectively.

26. George W. Bush met Benedict XVI, the Vatican, June 13, 2008. Until next week's meeting, Bush holds the distinction of being the only sitting U.S. president to meet two popes. He has also met with the pope the more times than any sitting president, six.

27. Barack Obama met Benedict XVI, the Vatican, July 10, 2009. Obama held a roundtable discussion with religion writers at the White House in anticipation of the meeting. Benedict presented Obama with a gift of the Vatican's recent document on bioethics.

Hat tip to AP for the list of historic dates and places.
Posted by Don Clemmer at 12:04 PM