Pope Francis: Living What We Teach 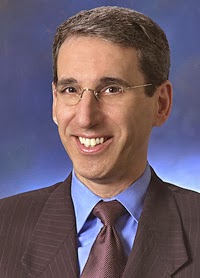 “Preach the Gospel at all times. When necessary, use words.” This statement, often attributed to Saint Francis of Assisi, is a perfect description of the pope who took his name.

Since the first moment he appeared on the balcony of Saint Peter’s one year ago, Pope Francis has captured the imagination – and the hopes – of Catholics and non-Catholics throughout the world. His gentle presence and transparency tell the world that this is a man truly rooted in God. He knows the power of the Gospel and proclaims it in every action and interaction with people. The message and the messenger are one.

In a world filled with competing ideologies and polarities of opinion, Pope Francis preaches a simple message of mercy and compassion. While people scream and misuse language to vilify each other in proclaiming the righteousness of their positions from community meetings to the halls of government, Pope Francis uses quiet gestures that cause the world to take notice and be inspired.

Catholic education can learn much from the example of Pope Francis. Living out of his own strong sense of justice and modeling his belief that life is not about money, possessions or titles, Pope Francis has chosen to live a very simple lifestyle which again, has captured people’s attention. But more importantly, it’s given them pause to reflect on their own values and lifestyle. He is modeling everything that we teach our students as the true qualities of a follower of Christ.

The goal of Catholic education is to prepare students to take their place in society as disciples of Christ called to live the Gospel in the world through their daily interactions with family, friends, neighbors and colleagues in the workplace. A rigorous Catholic education provides knowledge and understanding of the Gospel and the teachings of the Church.

But that education is only complete when students put their faith into action. That is why Catholic schools have a strong tradition of service to others. While helping others is a basic human value in and of itself, the emphasis that our schools place on Catholic social teaching helps students move beyond a sense of charity to a commitment to justice for all people. Authentic Catholic education truly teaches the head, heart and hands.

Our Church is blessed to have a leader like Pope Francis. In a world plagued by polarization that often erupts in war and violence, he is a man of peace who like his namesake, clearly understands that peace begins with him. His life and his actions remind all of us that only people of peace can bring peace to others. May our Catholic schools, seminaries and religious education programs be places of peace that educate and form true peacemakers like Saint Francis and Pope Francis.

Brother Robert Bimonte is a Christian Brother and president of the National Catholic Educational Association.