From Rational Argument to Political Polarization 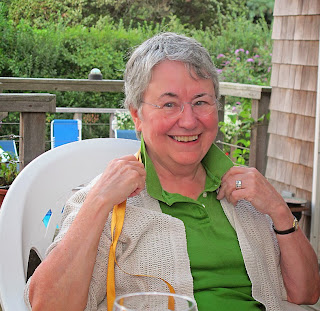 When John Kennedy was elected president in 1960, the Catholic Church was still five years from officially acknowledging the value of separating church and state. Kennedy’s effort to explain his own views as a Catholic before a group of Protestant ministers in Houston resolved that neuralgic issue as far as the U.S. electorate was concerned. In recent years, Catholics have quibbled over whether he gave away too much in order to win his election. This intra-church debate will not be resolved short of a return to a more cohesive sense of the Catholic values that once typified Kennedy’s approach and that of other Catholic politicians.

For much of the 20th century those values were closely tied to politicians representing an immigrant population gradually assimilating into American society. Kennedy’s campaign and his speech were an important occasion for advancing that process. In Houston, he demonstrated that reasoned argument could be rhetorically marshaled in a way that triumphed over deep-seated prejudice.

A long Catholic tradition of philosophical discourse and moral casuistry — describing, differentiating, and analyzing the elements of one’s position—served to clarify choices whether of individuals, communities or political systems. Concepts such as “double effect,” “end and means,” “the lesser of two evils,” and “unintended consequences” fostered compromise in politics and promoted pragmatism in governance. Reasoned argument had the further value of tempering an American tradition of moralism. Quoting Scripture or reiterating doctrinal beliefs did not assure a winning political argument, nor did personal righteousness insure sound policy.

A second important Catholic value in political life was respect for institutions and their rules. Catholic Congressmen, John McCormick, Tip O’Neil, and Thomas Foley, who each served as Speaker of the House, saw their role not so much as promoting the partisan advantage of their party but managing the legislative process and the interests of all its members. Some would call it wheeling and dealing, but it fostered a sense of comity and resulted in compromise that served the interests of the country and its citizens.

Church authorities also made their contributions to these political values. In 1983, when Cardinal Joseph Bernardin enunciated the consistent ethic of life, he placed before politicians and voters alike a measuring stick for choosing candidates and framing legislation. His proposal had the merit of joining though not equating seemingly disparate issues as abortion, poverty, and warfare. Like Kennedy, the hallmark of Cardinal Bernardin’s appeal was reasoned argument. And it reminded everyone that Catholic moral principles did not fall neatly along partisan issues.

Over the last 30 years that standard though sometimes invoked has been largely ignored in the bitter partisanship that has eroded the nation’s capacity for effective governance. Indeed, the values that Catholic politicians once brought to politics—rational argument and respect for institutions—have been drowned in the passions stirred by the culture wars and political polarization.

Yes, and Kennedy and those other Catholic politicians did not have to face issues like abortion, tax funded contraception, re-definition of marriage, Sunday sales, etc. The old Protestant consensus still held in Kennedy's day. The 'dictatorship of relativism" was still in its infancy.

Piffle, John Kiley. Segregation was as clear a manifestation of relativism as would be possible even to imagine. Those were also days of forced sterilization for those deemed of 'relatively' less human value. Nuclear brinkmanship involved calculating the relative value of the very survival of the human race. And, yes, there was the traditional definition of marriage as the union of one white man and one white woman, or of one man of color with one woman of color, with all sorts of relativizing color charts in varying jurisdictions. Your simple disjunction between those days and these is a manifestation of the very tendencies Ms. Steinfels identified. And to show that I can fall victim to those tendencies, too, I repeat, piffle!

Jim Englert -- There was nothing fifty years ago that I know of resembling the cultural marginalization of Catholic values, and of the freedom to live those values, that we see today. True, we have our differences with both the right and the left, but currently it is people on the left that are particularly hostile to us, and it is the left whose policies are troubling for our religious freedom. The bishops have been very classy in the way they have exercised their First Amendment right to object to these policies, and they have had to resort to the courts because of the gravity of the issue. As I said, the bishops have conducted themselves with class, but the only way the Church would ever satisfy our opponents would be to change the teachings on abortion, contraception and sexuality. It's not the way the teachings are expressed; it's the teachings themselves they don't like.