Pope John XXIII and the Quest for Ecumenism 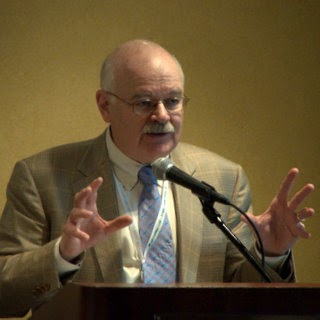 
The pope knew that his two predecessors, Pius XI and Pius XII, had each considered calling a council, or of re-convening the first Vatican Council, which was suspended in 1870 as Garibaldi’s forces approached Rome in the seizure of the Papal States for a unified Italy. Pope John wanted a new council and a new approach, one for modern times already witnessing the groundbreaking ecumenical movement underway among Protestants and Orthodox Christians.

Three decades earlier, the future pope came under the influence of Benedictine Abbot Lambert Beauduin, who in 1925 founded a monastery in Belgium with an ecumenical mission. Roncalli and Beauduin became acquainted in Rome while teaching at pontifical universities. Assigned to be apostolic visitor to Bulgaria in 1925, Roncalli asked Beauduin for one of his monks to be his secretary in that Orthodox Christian land. Roncalli and Beauduin were reunited in Paris in late 1944, where Roncalli became apostolic nuncio to France, where Beauduin was on an extended banishment for being too ecumenical in his attitude towards Anglicans in precursory dialogues held in Belgium, the Malines Conversations (1921-27). In 1957, Cardinal Roncalli summed up the influence of Beauduin on him while speaking in Palermo, a year before he was elected pope. He praised Dom Beauduin, who many years before perceived the need for a church supported ecumenical movement. He also included a Secretariat for Christian Unity among the preparatory commission for the council and named the capable Cardinal Augustin Bea, a Jesuit, to head it.

Pope John trusted Cardinal Bea and the bishops at the council to find ways to implement his ecumenical intentions. In fact, the Secretariat for Christian Unity was the most successful of all the conciliar commissions, producing three of the 16 final documents of Vatican II, sharing responsibility with the Doctrine Commission on a fourth, the Constitution on Divine Revelation, and securing authority from the proceedings of the council to produce an ecumenical directory. The directory was published in two parts in 1967 and 1971, and revised and expanded in 1993. Delegated observers and guests from other churches and Christian communities attended all four sessions of the Council. Afterwards, ecumenical dialogue began in earnest. The Decree on Ecumenism, the Declaration on Religious Liberty, and the Declaration on the Relation of the Church to Non-Christian Religions, the Secretariat’s three documents, were remarkable achievements, each inaugurating a new era for Catholics.

There is very good evidence that before Pope John met the Jewish French Historian Jules Isaac on June 13, 1960, the idea had not come to him for his Council to address relations with Jews. The meeting was only eight days after the announcement of the Secretariat. Isaac, a Holocaust survivor, had dedicated his life to exploring how Jews and Christians could come to terms with the conditions that allowed the Holocaust to happen, and brought with him a file of materials from meetings and consultations. Pope John wanted Isaac to share the materials with Cardinal Bea. From that point, Pope John never gave up on the idea of a statement on the Jews. The evolution of that project into a conciliar declaration is one of the remarkable stories of Vatican II.

By November 1963, in the second session of the Council, when Cardinal Bea presented to the assembled bishops a first draft on ecumenism with additional chapters on Jewish relations and religious liberty, Pope John was no longer living. Lambert Beauduin had died in January 1960, Jules Isaac in September 1963. Four 80-year-old men and only Bea was alive to guide these intentions into conciliar statements that would bear immeasurable fruit in the decades to come.

John Borelli, Ph.D. is the Special Assistant to the President for Interreligious Initiatives at Georgetown University. Before joining Georgetown he was the associate director of the Secretariat for Ecumenical and Interreligious Affairs at the United States Conference of Catholic Bishops.
Posted by Matt Palmer at 9:08 AM