Pope John XXIII’s Gift to the Church: Laity at the Center 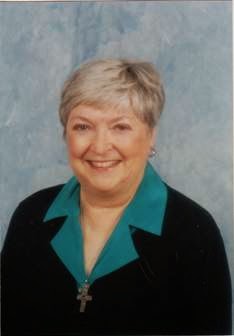 
When Pope John XXIII announced he was convening an ecumenical council of the Church – the 20th in Catholic history – he contacted the French Dominican theologian Yves Congar and invited him to be part of the Theological Commission to lay out the work for it.

Father Congar’s master work, “Lay People in the Church,” had been published earlier to the consternation of some Church leaders. Pope John, however, understood and valued Congar’s major thesis, namely that the laity love and serve God by their life in the world. Not only that, argued Father Congar, the lay person also has a role in the worshiping community, bringing the things of the world, “the work of our hands,” to the celebration of the Eucharist. Of primary importance was Congar’s probing of the power of baptism as the primary sacrament of evangelization and mission. All of this became foundational for a number of Council documents, including the Decree on the Laity.

For decades prior to the Council, the ground for change had been cultivated by theologians like Congar, but also by international lay movements and by journalists who were making the ideas and writings of the European theologians accessible to lay people and clergy worldwide. Bishops in the mission lands contributed their experience to the dialogue.

When the Decree on the Laity was passed during the Council’s final session (1965), the debate that preceded the vote caused excitement. Clericalism was referred to “as a sin” (one hears echoes of that in pronouncements by Pope Francis); many bishops publicly stated their desire for a larger and more meaningful role for the laity. The debate illustrated how much the bishops in council trusted the laity and trusted one another. This deserves mention because trust is an essential component of Christian community.

Laity celebrated the passage of the decree, an official church document that announced to the world that lay life is a true vocation, not something second best. The word “freedom” rings throughout, perhaps reflecting the influence of Belgian Cardinal Jozef Suenens who insisted that the Holy Spirit could not be “hemmed in.” The term “spirituality,” uncommon at that time, appears in describing the lay vocation. Friendship is held up as a primary relationship in lay life and in the work of the apostolate. Collaboration of laity and clergy on behalf of the church’s mission is urged … and there is so much more.

Fifteen years after the decree was promulgated, the U.S. bishops issued a pastoral reflection on the laity, “Called and Gifted.” Its name reveals the contents, namely, that the laity have a true vocation by reason of their baptism, and that they are called to live out their vocation as adult members of the church community .They are also called, in the Council’s Dogmatic Constitution on the Church, Lumen Gentium, to holiness not by leaving the world but in the “web of their existence.” Furthermore, they are called to live in community with one another, and to engage in ministry in the world and in the church. “Called and Gifted” has long been a blueprint for subsequent documents and statements on the laity – the 99 percent of the Church.

Pope John did not live long enough to see the laity’s role played out on the Council stage – and beyond – but he may have known in his heart that calling forth Yves Congar to be one of the chief theologians at the Council, was tantamount to planting a seed that would grow and flourish. Every choice has consequences, whether one be pope or a hidden member of the People of God.

Dolores Leckey is the founding director of the Secretariat for Family, Laity, Women and Youth where she served for twenty years. From 1998-2012 she was a Senior Fellow at the Woodstock Theological Center. Now retired she is still studying and writing.